In any number of news articles from Bleachbear’s native Seattle, their music is described as “dream pop,” “grunge,” “folk rock” and more. More than a few fans describe them as the very embodiment of “Seattle sound.” But what exactly is that sound?

Well, Bleachbear isn’t ready to give a firm answer on that—not yet, anyway. Composed of sisters Bird and Tigerlily Cooley with their cousin Emiko Nakagawa Gantt, the indie girl group hit the scene running with their promising 2014 debut album, “Lost Parade.” The tracks earned rave reviews from Northwestern listeners, and the band followed up with the equally chill sophomore album “Cowboy Movie Star.” Listeners might have thought that Bleachbear, despite being in its early days, had already settled comfortably into a niche.

“Deep Sea Baby,” which drops on Oct. 3, proves that’s far from the case. Despite being on opposite coasts to attend college, the three members of Bleachbear have managed to create four tracks that diverge from the West coast, surfer sound that typified much of Bleachbear’s previous music. The songs are also vastly different from one another, featuring an array of new instruments, and Tigerlily’s vocals have been pushed to never-before-seen extremes here, as the singer oscillates between low, velvety murmurs and soaring high notes.

“Eighteen” is the standout of the four, featuring a lively trumpet solo in the background and an upbeat pop feel. The melody is catchy and easy to bob your head to, but the lyrics, as in many a Bleachbear tune, are startlingly melancholy: “Come take me back, oh, please forgive me/ Because I know I’ll never forgive myself.” It’s easy to see some of the group’s new East Coast influences in the jazzy snare and keyboard notes that help move the song along at a fast, fun clip.

Threads of nostalgia and longing wind throughout the EP, particularly on the overly sweet “Daisy.” The song’s references to “The Great Gatsby” are impossible to miss, but its slow harmonies don’t quite match the frenetic tempo of the angsty lyrics (which fill the 3-minute song with almost as many words as its source material). While the disjoint between lyrics and music is complementary in “Eighteen,” in “Daisy” it creates dissonance on what is otherwise a solid EP.

Angst makes an even stronger return in “Body Full of Sunflowers,” the final track of the album. But it’s not a whiney or immature song by any means—the lyrics take a cool, if mournful look back at what could have been a beautiful relationship. Featuring an electric guitar line reminiscent of pop punk jams from the early 2000s, “Body Full of Sunflowers” is genuinely moving and full of feeling. Even if you don’t share the experience of trying to hold on too long to a past relationship, you, too, might have to brush away a tear at the sad honesty of the line, “I just want to keep you like you were.”

Though the tracks do sometimes veer into saccharine territories, “Deep Sea Baby” is an impressive increase of the stakes for Bleachbear, and shows that they’re not about to box themselves into any one genre. The Cooleys and Gantt may be young, but their music is anything but childish, and this EP asserts what the members of Bleachbear have known since their early days. They’re not just any girl band, and they’re ready to prove it. 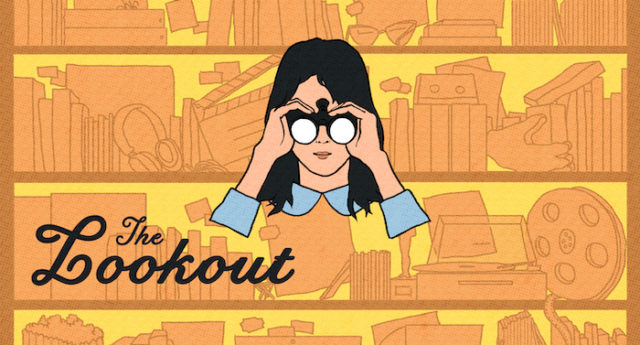 Editor’s note: Each month, we’re bringing you the latest scoop of what’s happening in Asian American film, TV, literature and music in our “Lookout” articles. We’re doing the legwork, […]