For more than 15 years Bobby Kim, who goes by Bobby Hundreds, expressed himself through his iconic streetwear brand, The Hundreds. Now with the release of his book, “This Is Not a T-Shirt: A Brand, a Culture, a Community—a Life in Streetwear,” he tells the world about his personal and brand journeys. Here, in his own words, Hundreds talks candidly about what he hopes to achieve with his first book, his painful childhood memories, the importance of a private life and the lack of love he’s received from the Asian American community.

I’ve never talked to anyone about this. Not even to my therapist or my wife. I’ve been broken. I’ve had my ego bruised … a lot. Crushed. I’ve made a lot of mistakes. I’ve hurt a lot of people. I’ve been humbled so many times. I have so much baggage that it’s really hard for me to consider myself better than anybody else.

I wrote in the book that when people meet me they’re like, “I thought you were going to be a total asshole.” I guess that’s cool for me to hear. Because our space, the streetwear world, is fueled by ego and bravado. And there’s so much machoness in it. That never spoke to me. Maybe because I grew up in an abusive household where I had a gigantic, angry Korean dad barking at me, treating us like we were in the Korean military all the time. That style of love and relationship didn’t work for me. I knew that from very early on.

In a weird way, I think being Asian American worked against me in certain aspects of my career, especially on a production level and in terms of networking in Asia. When we first started popping off in Korea, they were actually kind of bummed that I wasn’t like super-Korean. They either wanted me to be totally immersed in the culture or they wanted me to be like a black American dude or like a white American guy. Some of the garmentos when we started were like, “Yo, who’s this Korean kid? He doesn’t speak the language; he’s not really Korean.”

In terms of getting support from the community? The Korean kids, yeah. The Korean gatekeepers, no. I don’t know why. I don’t get invited to any of the big Asian events. But I’m good friends with everyone who does. I get invited to speak a lot. There are always Asian things going on. They invite everyone around me. I never get invited. With colleges, it’s never the Asian groups that invite me. My first time was a few months ago with the Korean American Students Association at Berkeley. When the two kids running the event picked me up from the airport, I hugged them, and I was like, “Thank you so much for inviting me.” I just think most people in the Asian community have no idea who I am, what I’ve done. It’s not relevant to them. And that’s fine.

No one really knows this yet, but I’ve been in all these film and TV meetings recently. The book has kind of trickled out to a place where Hollywood is just like, “What a great Asian American story without it being your typical Asian American story.” A lot of the Asian American stories that are being told are kind of formulaic, kind of the same. And so to have an Asian guy like me who grew up in a Latino community, who grew up in the very white majority hardcore punk scene, skateboarding and now in streetwear, which is predominantly black, who fluidly navigated these different worlds—my story’s really fringe-y, in a way. I’m kind of between the crack. It’s not a clean story. Being Asian, being Korean has informed everything that I am. It’s also like not everything that I’m not. There’s a lot of us out there; there are nuances to us. I don’t think I’m a role model. I’m just another option.

I should probably say that there isn’t a difference between Bobby Hundreds and Bobby Kim, since so much of the brand is a reflection of who I am. To really understand The Hundreds you have to understand me. That’s also why I wrote the book. But because the brand from day one has been so personal and transparent, I had to consciously corral a part of my life that was just for me. I needed to create a separate box where everything I really love goes into. I’m the most protective of my family and my closest friends. You’ll never see them on my Instagram. I surf every day. It’s my favorite thing in the world, and I rarely talk about it.

So [these things are] all in that box along with my faith and my spiritual and philosophical beliefs. They’re all things I am not in control of, and that’s also why I love them so much. If The Hundreds disappears or if something happens to the brand, that has no bearing on me as a person and doesn’t change the core of who I am.

I just want to say thank you to “Character Media” for writing about me, honestly; it’s a really big deal. I told my assistant like, “Oh, that’s the Korean thing? I’ll 100 percent do it.” He was like, “You want to do this one? You said no to all these other ones.” And I’m like I have to do that one. I never get love. I need to get love.

Hyun Kim is a writer based in Spain who is waiting for Bobby Hundreds to let him follow his personal IG account. 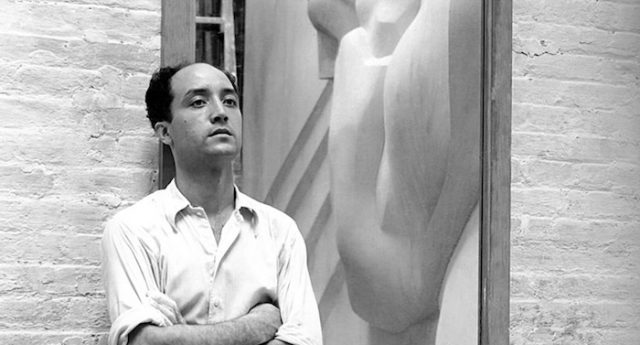