A writer meets the man whose life she helped save.

Let’s just get something out of the way. No, it did not hurt.

That’s the first question I get asked anytime I tell someone I donated my stem cells to a stranger.

I always find it odd that everyone is more worried about my pain than thinking about what my recipient must have been going through in order to require the transplant. And what he went through during and after the procedure. There are many more interesting things to talk about other than my pain level, which really, truly was none. Sure there were inconveniences, but I would say the entire process maybe added up to a week of my time. The result? Saving someone’s life. Would I do it again? In a heartbeat.

Born to a Korean father and Jewish mother from Ireland, I never would have imagined I would match someone on the National Marrow Donor Program Registry. I had initially joined at age 19 when I heard about a Korean-Irish 8-year-old girl dying of leukemia. A flyer pointed me to my local Red Cross, where I went to give a quick blood sample. I didn’t match and went on with my life. Ten years went by. I moved from Santa Barbara to Los Angeles and launched a career writing about fashion and Hollywood.

Then, in December 2006, while I was Christmas shopping in Beverly Hills, I got the call that would change my life. A friendly voice from the NMDP told me I was a perfect match for a recipient who had a particularly aggressive type of leukemia. After giving me information about stem cell donation, also known as a bone marrow transplant, she asked me to make my decision quickly as the case was dire.

I couldn’t believe it. I was also 29 at the time, but here I was shopping, while this man was fighting for his life. So many things were going through my head, but there was one thing I was certain of.

Three weeks later, I donated 6,000,000 stem cells after going through a series of tests to make sure that I was healthy. I was given injections of a drug called Neupogen for five days in order to stimulate my stem cell production. The bone marrow pushed these millions of stem cells out into my bloodstream, then a standard IV in my left arm ran my blood through a high-tech machine that isolated the cells. When we were finished, a medical courier took my stem cells, which were in two IV bags, put them in a cooler and got on a plane so that they could be transplanted that evening. I didn’t know where my recipient lived, who he was, if he was married or if he had children. I wanted to know if he was mixed like me or if he was full Korean.

One year later, we were finally able to talk to one another. (The NMDP has strict rules about communication for the first year after the transplant.) I was working at my desk and got a call from a woman who said, “I’m sitting here with your stem cell recipient and he’d like to talk to you.” I felt a thousand butterflies in my stomach. Then came a soft voice that was heavily accented. He simply said, “Thank you for saving my life.”

His name is Jaciel Valdavias and he is a cook at a Carrabas restaurant in Fort Myers, Florida. He told me he was diagnosed with acute myelogenous leukemia after feeling exhausted all the time and going to the doctor to get a blood test. Doctors tested his siblings, but didn’t find a match. So they turned to the registry. Rounds of chemo left him unrecognizable, but he told me, “I never wanted to die. I was going to live.”

Also, he’s Mexican American. This was a shock to all of us involved since a common ethnic background typically determines matches. There are no doctors who can explain it so far; people just say it’s a miracle. I have to agree.

Last November, my boyfriend and I traveled to Miami to meet Jaciel and his amazing girlfriend Maria, who spent 100 days in the hospital with him. There he was looking completely healthy, with hair growing back in and a big smile. We embraced immediately and talked about everything from his constantly improving health to Jackie Chan movies.

Jaciel and I have a bond that is hard to describe. He calls me his sister, thanks me profusely and sends me cute cards and gifts. The transplant not only saved his life, but in a lot of ways, gave meaning to mine. Today, Jaciel is cancer free. He says he is so happy to be alive.

Each year, more than 10,000 adults and children are inflicted with life-threatening diseases that can only be cured with a bone marrow or stem cell transplant from an unrelated donor. Asians make up only 7 percent of the NMDP Registry whereas Caucasians make up 73 percent. For more information on joining the NMDP Registry, please visit www.marrow.org. Being on the registry does not guarantee that you will donate as only one in 200 members go on to give marrow or stem cells. 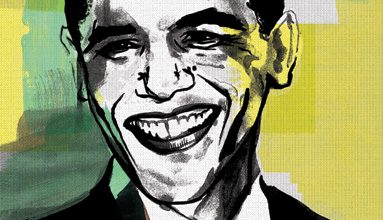 Illustration by Eunice Choi It’s now known as the Purple Tunnel of Doom. A covered passage below the National Mall in Washington, D.C., where on January 20, at least […]