We’ve heard a lot of stereotypes about Asians.

There’s the very incorrect myth that all Asians have the same kind of hair. Then there’s the dangerous myth that Asians need not worry about breast cancer. Wrong again. And now, we’ve come to a myth that many of us have heard since childhood:

This is the part where we all let out a collective sigh. Obviously, that phrase is extremely problematic. Asians are human and fully capable of putting on weight. Sure, there are a number of Asians that are thin or petite, but by no means is this the case for all Asians. Setting the boundary that Asians don’t get overweight can create quite a few problems for our community.

Take Maria Kang (above) for example. Controversial photo aside, it is clear that this mother of three had to work hard to get the impressively fit body that she has now. Among the negative comments shot at her, there were a number of people saying that her achievements are nothing to boast about because she’s Asian and “Asians are naturally thin.” Suddenly, hard work of any sort is simply waved off as nothing.

Make no mistake– there are certainly Asians on the heavier side. Now imagine how a heavy-set Asian feels in the midst of such high expectations? What does a woman do when society makes her believe that her culture is genetically engineered to be thin, but she is not? Now more than ever, Asian women are turning to surgery to fit these high beauty standards. With the ideal weight for Asian women getting smaller and smaller everyday, we began to wonder just how true this stereotype is. Lucky for us, we weren’t the only ones who saw flaws in the idea that “Asians don’t get fat.”

NBC recently took a closer look at where Asian Americans rank on the National Health and Nutrition Examination Survey and noted two very big problems which would lead to incorrect results.

According to the survey, obesity does not appear to be an issue with the Asian American community, but it is important to take note of their definition of obese. In order to judge obesity, the NHANES looks at body mass index (BMI). A BMI above 25 is considered overweight and a BMI of 30 or higher is considered obese. By these standards, only 10.8% of Asians are obese compared to the 33% of the white population, 42% of the Hispanic population, and 48% of the black population.

The problem? The BMI of an Asian is not an accurate indicator of whether or not that person suffers from the health risks related to obesity. For instance, Asian Americans are at risk for diabetes with a BMI of just 24 and at risk for cardiovascular disease with a BMI of 19. By the NHANES standards, these BMI’s are not even considered overweight and yet it is enough to bring the complications of obesity to Asian Americans.

The second major problem is the giant umbrella term “Asian.”  NBC notes that this term “is defined the same way the 2010 U.S. Census defined the term: Americans with descendants from the Far East, Southeast Asia or the Indian subcontinent – that includes Cambodia, China, India, Japan, Korea, Malaysia, Pakistan, the Philippine Islands, Thailand and Vietnam.” By categorizing so many types of Asians into the same field, it is easy to overlook the results of the individual ethnicities.

According to a CDC report in 2008, Filipinos are 70% more likely to be obese compared to the other Asian Americans while a number of Vietnamese and Korean adults are underweight. Clearly, obesity issues vary amongst the different types of Asians. Scott Chan, the program director for the Asian Pacific Islander Obesity Prevention Alliance, points out, “Combined together, it looks like we don’t have a problem. It kind of propagates that ‘model minority’ myth – that Asians are healthier, we’re skinny, we’re fine.”

So as much as we buy into the idea that Asians are naturally thin, it is quite a danger to our community. Do some Asians get fat? Yes. Should we still worry about the health risks associated with obesity? Absolutely.
(source) 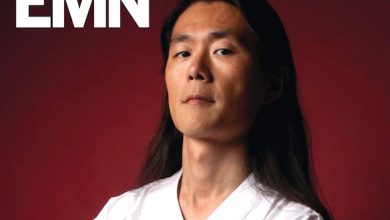 Story by Grace Kang. Ensemble Mik Nawooj has all the nuts and bolts you’d expect to find in a typical classical music group-flute, clarinet, violin, cello-and then you have the […]