Lets be honest here. Who doesn’t have a crush on Brenda Song? The former Disney star grew up as one of the few well-known, young Asian American faces in mainstream media.

Song began acting and modeling at the age of 7, but she is most known for playing the ditzy heiress London Tipton on the Disney Channel’s The Suite Life of Zack & Cody and The Suite Life on Deck from 2005 to 2011. Since then, Song has grown up quite a bit.

With the recent theory that Disney stars eventually fall into a “badboy/badgirl” phase or disappear from acting completely, Song has been praised for avoiding these pitfalls of a child actor. Instead, she has seamlessly transitioned into adult roles.

“Transitioning from child to teenager to adult is a difficult process for anyone,” Song tells Audrey Magazine. “But doing it in front of the camera, you can grow with your character, and I’ve been fortunate to grow in the right direction.”

Some of her various “grown-up roles” include parts on ABC’s Scandal, FOX’s New Girl and most notably the Academy Award-winning film, The Social Network. Currently, the 25-year-old plays Veronica on the FOX sitcom Dads, executive produced by Family Guy creator Seth Mac-Farlane.

To top it off, Song recently took part in a steamy photoshoot for Glamoholic Magazine. Needless to say, Song has clearly grown up and is ready to flaunt it. Check the photos below. 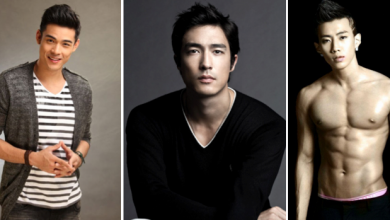 Now some of you may be wondering why we have the SHAG (Smoking Hot Asian Guys) series to begin with. Before you judge, let us clarify a few things. […]