The boys of South Korean music group BTS are all set to perform on “Jimmy Kimmel Live!”

Although no recording date has been set, Billboard reported that the group will be stopping by the “Jimmy Kimmel” studio to perform while they are in Los Angeles to attend the American Music Awards, which will be held Nov. 19 inside the Microsoft Theater.

Also known as the Bangtan Boys, the K-pop act comprises seven members who made their musical debut in 2014 with their first album “2 Cool 4 Skool.”

The group won Top Social Artist at the 2017 Billboard Awards, becoming the first South Korean group to win a BBMA. Their most recent single “DNA,” which has more than 145 million views on YouTube, charted on Billboard’s Hot 100 the week of Oct. 7 and remained there for four weeks. 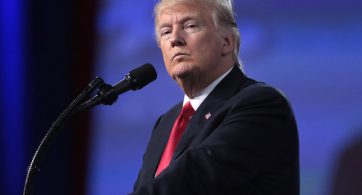