What happens if a group of kids accidentally launch a space missile, and gets stuck onboard without any proper training? Sounds dangerous, but Nickelodeon’s “The Astronauts” will tell you the rest.

The limited series stars Miya Cech, marking her second lead role in a TV series after “Are You Afraid of the Dark?” (2019). Cech will play the role of Samantha “Samy” Sawyer-Wei, alongside Bryce Gheisar (“Wonder”) and Paige Howard (“Adventureland”). Cech gave an impressive portrayal of Zu in “The Darkest Minds” (2018), and since then this young actress has grown in her various performances across TV and film, including her scene-stealing role in last year’s rom-com hit, “Always Be My Maybe.”

This is the latest collaboration between Nickelodeon and the Imagine Kids+Family production company. Brian Robbins, president of Kids & Family Entertainment at ViacomCBS Domestic Media Networks, said to Business Wire, “Through Imagine’s ability to create fully relatable characters and put them into big, cinematic adventures, ‘The Astronauts’ is well-positioned to hit home with both kids and parents who want to experience this kind of great storytelling together.”

“The Astronauts” will hit the small screen this summer. 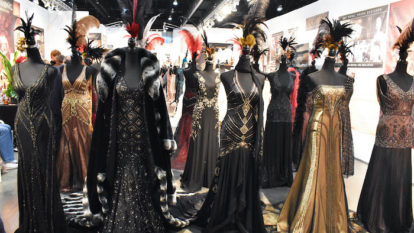 Sometimes it’s packed with the latest in technology, sometimes filled with the automobile world, and other times the Convention Center hosts the L.A. Art Show, one of the largest […]