Byron Mann and Taiwanese actress Hannah Quinlivan will be joining Dwayne Johnson, Chin Han and others in “Skyscraper,” an action thriller from Legendary Pictures, according to Deadline.

The film will be about a man named Will, a former FBI Hostage Rescue Team leader who now assesses the security and stability of skyscrapers. Things go wrong, however, when a building once thought to be the safest and most secure catches fire, and Will becomes a wanted man.

Byron Mann is a Chinese American actor with an impressive resume piled high with both American and Hong Kong films. He may be best known for his role as Yao Fei in the first season of The CW’s “Arrow.” He also played Mr. Chau in “The Big Short” alongside Christian Bale, Ryan Gosling, Brad Pitt and Steve Carrell. Mann is also working on an upcoming film from Blumhouse entitled “Only You” and the Netflix original series “Altered Carbon.” 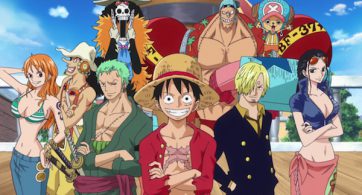 In case you missed it, the producers of smash-hit manga and anime “One Piece” has a live-action television show in the works at Tomorrow Studios. “Prison Break” producer and […]