In case you missed it, the producers of smash-hit manga and anime “One Piece” has a live-action television show in the works at Tomorrow Studios. “Prison Break” producer and self-proclaimed “One Piece” mega-fan Marty Adelstein is taking the reins on this project and, along with “One Piece” creator Eiichiro Oda and the manga publisher Shueisha, promises to spare no expense in paying homage to such a treasured show.

News of the live-action TV series was unveiled at the “One Piece” 20th anniversary event in Japan on July 22, now dubbed “One Piece Day” by The Japan Anniversary Association. The announcement was one of 10 “big projects” revealed at the event.

“I’ve been a fan of ‘One Piece’ for 20 years. I am so honored that Shueisha and Oda-san have entrusted me with such a cherished iconic property,” Adelstein said, according to Deadline. “I will do everything in my power to make the ‘One Piece’ TV series an absolute success. While I expect this to be one of the most expensive shows ever done in television, the worldwide interest is tremendous and will be well worth the financial commitment.”

Oda’s “One Piece” was first serialized in Shonen Jump, a weekly manga magazine, in 1997 and has since taken the anime world by storm, producing 85 volumes and counting, a 1999 anime series, 13 anime movies and becoming the best-selling manga series of all time. The manga follows the adventures of Monkey D. Luffy, a young man aspiring to be the pirate king by searching for the famed pirate treasure known as “One Piece.” Together with his cast of colorful pirates friends, he sails exotic oceans and explores mystical lands in search of this treasure.

Oda said that he had been shopping around for someone to produce a live-action adaptation of his opus for a while now, with the condition that “‘the live-action will be faithful to the fans who have supported One Piece for 20 years.’” Three years ago, the mangaka finally decided to move forward with Adelstein and Tomorrow Studios.

This announcement comes on the heels of Tomorrow Studios’ previous announcement that the studio is also producing a live-action television adaptation of “Cowboy Bebop,” another revered anime series.

Given both “One Piece” and “Cowboy Bebop’s” lofty places in the hearts and minds of anime lovers, it is to be expected that reactions to their live-action adaptation announcements will be received with mixed reactions.

Despite that, Hiroyuki Nakano, Editor-in-Chief at Shueisha expressed only optimism: “We trust that he and his team at Tomorrow Studios will be able to produce a TV series reflecting Eiichiro Oda’s vision.” 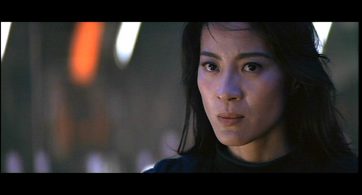 The Star Trek universe is getting a new captain onboard, and Michelle Yeoh is in that seat. The new trailer for the upcoming CBS series “Star Trek: Discovery” dropped at […]