The Big Bad Wolf is done eating grandmothers and blowing down houses, and is instead trying to do some good in the latest trailer for “The Bad Guys.”

On Dec. 14, Dreamworks Animation and Universal Pictures unveiled the first trailer for the animated heist movie “The Bad Guys,” based on the Australian children’s book of the same name by Aaron Blabey. The trailer features a motley crew of villainous animals, like the charismatic Mr. Wolf (voiced by “Three Billboards Outside Ebbing, Missouri” actor Sam Rockwell), explosives expert Mr. Snake (comedian Marc Maron), master of disguises Mr. Shark (Craig Robinson), the brawny Mr. Piranha (Anthony Ramos) and genius hacker Ms. Tarantula (Awkwafina) on their latest crime-filled adventure. But the gang members, who pride themselves on being bad, find themselves on the least expected path of doing good.

The misunderstood villains are joined by a haughty guinea pig named Professor Marmalade (Richard Ayoade) and many more creatures, including a TMZ reporter voiced by Lilly Singh, as they set out to try and save the day.

Join this crew of wacky bad guys on their latest quest to become good when “The Bad Guys” premieres in theatres on April 22, 2022. Watch the trailer below! 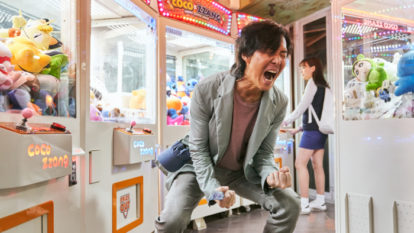