Cary Fukunaga’s next film project is “The American,” a biopic about the composer Leonard Bernstein starring Jake Gyllenhaal, according to Deadline.

The film will be based on a biography by Humphrey Burton, and begin on a 25-year-old Bernstein as he gains prominence “while struggling both personally and publicly to be everything that everyone expected him to be, most of all himself.”

Fukunaga, a filmmaker and screenwriter, penned the blockbuster horror hit “It” last year. His directing credits include critical successes including “Beasts of No Nation” and “Sin Nombre.”

He’s also produced a number of TV series, most recently TNT’s “The Alienist” and Netflix’s “Maniac.”

“Bernstein’s artistic passions changed the way generations understood and appreciated music,” Fukunaga told Deadline. “Jake [Gyllenhaal] is the perfect partner to help bring this story to life and to play this legend.” 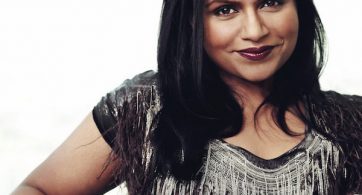 Mindy Kaling is returning to Hulu as the executive producer of “Four Weddings and a Funeral,” a romantic comedy series inspired by the 1994 film of the same name. […]