Brooklyn-based Filipino American musician Nathan Bajar has just released a new single “Silver Surfer” (ft. My Friend Mel) to tease his upcoming debut album, “Playroom,” that will officially hit shelves and streaming services on June 24. Bajar, a Montclair State University grad, started writing and releasing his own music on SoundCloud in 2017 after a roommate taught him how to create beats on the software music program Ableton. “Silver Surfer” is a mixture of gentle electronic beats, an easy listening melody and smooth, simple lyrics that explore themes of space travel and escapism. The title of the single was influenced by the Marvel superhero, the Silver Surfer—a benevolent humanoid with silver skin who can travel through space and time with the help of his surfboard-like hovercraft.

Much like the multi-talented Silver Surfer, Bajar is also a jack-of-all-trades. In addition to music, he works as a photographer for publications like “The New York Times,” “The New Yorker” and “FADER.” Sources of inspiration for his music overlap with his personal photography work, where he focuses on his family history and romantic relationships. Bajar used his visual talents to help create the track’s cover art and the zine that accompanies “Playroom.” The album is a tribute to Bajar’s late father and was solo recorded and produced. 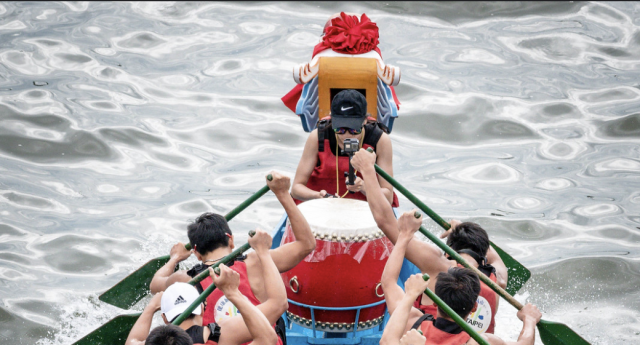 In 2008, the Dragon Boat Festival or Duanwu became an official holiday in China, but it’s been a popular folk holiday throughout the Chinese-speaking world for centuries. The festival’s […]