In 2008, the Dragon Boat Festival or Duanwu became an official holiday in China, but it’s been a popular folk holiday throughout the Chinese-speaking world for centuries. The festival’s main attraction is, unsurprisingly, dragon boats and during the holiday, Chinese crews will race up and down waterways everywhere in colorful watercrafts to the beat of a ceremonial drum. These races are a modern addition to the occasion and are meant to ward off evil spirits.

Historically, the holiday is linked to the Chinese military leader and poet Qu Yuan who drowned himself in the Miluo River after being falsely accused of treason. However, Qu was so beloved by the local people that they began throwing zongzi, a sticky rice dumpling wrapped in bamboo or lotus leaves, in the water so the fish wouldn’t eat his body. A bit morbid, but take it from us, the holiday is pretty tight.

Unfortunately, you won’t get the day off in the U.S. Still, there are plenty of ways to celebrate this occasion on American soil. Here are five ideas for how you can bring the Dragon Boat Festival into your home this year:

Turn “Dragon Boat Festival” into “Dragon Bloat Festival” by picking up some zongzi at a Chinese supermarkets or your favorite dim sum spot. Those with a sweet tooth should try northern-style Chinese zongzi, often filled with sweet red beans, while savory seekers need to check out southern Chinese and Taiwanese zongzi.

If zongzi retailers are outside of your radius, you can easily make them yourself.

2. Eating In Quantities Of Five

There’s a reason why we only listed five things. Dragon Boat Festival falls on the fifth day of the fifth month of the Chinese calendar. It’s tradition to eat food in quantities of five. Five more zongzi? Yes, please… it’s traditional, after all.

3. Make Your Very Own Dragon Boat

Unless you live near a major Chinese American enclave, a full-fledged dragon boat race is probably not in the cards for you this year. It’s probably easier to get you hands on the materials to make smaller scale replica.

Hit up your local arts and crafts store and DIY it. There are plenty of great instructions available online.  You’ll be racing down the rivers of your imagination soon enough!

4. Hang Calamus and Mugwort From Your Door Frame

While it sounds more like a Harry Potter ritual, hanging calamus and mugwort is an ancient Dragon Boat Festival tradition. You can find mugwort at your local herbalist or harvest it in the wild yourself. Calamus is a bit trickier, as the FDA strictly regulates the root due its hallucinogenic qualities. Maybe try Burning Man?

Buy a lottery ticket after, these customs are meant to usher in good luck.

5. Be Nice To Your Parents (Or Parental Figures)

Filial piety is an important theme of the Dragon Boat Festival. Legend has it that in ancient times, a girl named Cao E endlessly searched for her father,  who was washed out during a storm around the holiday. She ultimately died from her heroic and very xiào shùn endeavors. While you don’t have to go to those lengths, you can always give your parents a call or take them out to lunch (preferably for zongzi). 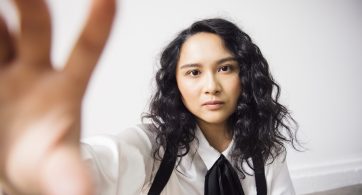 Have you ever listened to a new song that sounds so sweetly nostalgic, it feels like something  you might have heard years ago? Faint, childhood memories will seem within […]