As if we need an excuse to eat more donuts, tomorrow is National Donut Day!

We’re serving up nine drool-worthy treats, from Bangladesh to Japan. Whether you prefer a Chinese youtiao or a Mongolian boortsog, there’s something new on this list for even the most well-versed of donut connoisseurs.

Sometimes called “Chinese churros,” these long strips of fried bread can be served plain with rice porridge, or sprinkled with sugar and dipped in sweetened soy milk. You can also tear it up and dunk it in soup for added flavor and texture. What can’t this donut do?

To make these crunchy sweets, maida dough is deep fried in circular or pretzel shapes, then doused in a syrup of rose water and honey, creating sticky, crisp perfection.

Though this “glutinous rice donut” might not have the most appetizing translation, it’s impossible to resist these cinnamon-sugar encrusted dough balls. They’re often filled with red bean paste, and can be found at Korean bakeries and street stalls.

Would a donut by another name taste as sweet? Called kkwabaegi in Korea, lubid-lubid, siyakoy and shakoy in the Philippines, these donuts are soft, pillowy twists that are rolled in sugar and powdered cinnamon. To add to the list of names, more crunchy versions are referred to as pilipit in Tagalog.

These deep-fried puffs are lightly sweetened and coated in white sesame seeds. Because they’re hollow and mildly flavored, they’re sometimes stuffed with other Vietnamese desserts like sweet rice or mung bean.

The Japanese answer to a cruller is deep fried to a crusty golden brown, while still retaining a soft, cakey interior. Originally from the island of Okinawa, andagi has spread to the rest of Japan and as far as Hawaii.

This festival delicacy is made by flavoring a near-liquid rice dough with fruits, or spices like cardamom and cloves. It’s then piped in a ring shape, directly into sizzling oil or ghee.

Popular to the South Asian subcontinent, balushahi are thick discs of dough, coated with a sugar syrup. They’re similar to your typical glazed donut, but are more flakey than fluffy and are often served with a helping of chopped pistachios.

“Mongolian butter cookies” are actually far closer to a beignet than a cookie. Twisted into different shapes or served as oblong puffs of dough, boortsog are typically enjoyed with (or in) a steaming cup of tea. 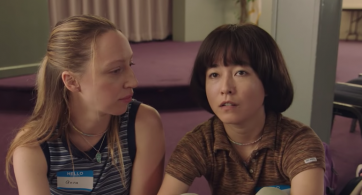 Ahh… Middle school. Just the thought conjures up smells and images that you probably wish you had kept tamped down. What better way to revisit the blunder years than […]