International rapping sensation Jay Park is celebrating one of the most humble, yet iconic Los Angeles neighborhoods with his latest music video, “K-TOWN.”

His latest release sees Park flexing mad stacks through Koreatown while partying with the likes of Korean grocery store security guards, strippers and ajummas while dancing on the back of an armored van, rapping about soju and getting messy in a noraebang. Created alongside super producer Hit-Boy, the single signals a musical turn in direction for the Seattle-born and raised K-pop star.

As the first Asian American musician to be signed to Jay-Z’s Roc Nation label, Park made his claim to fame crooning R&B tunes. But now it seems that the international sensation is going for a harder hip hop sound. This is Park’s first single since the July 2018 release of his EP “Ask About Me.” His next album, “The Road Less Traveled,” is set to drop on a yet-to-be-determined date later this year.

Nonetheless, this is the perfect jam to bop next time you’re cruising through K-town. Check it out below. 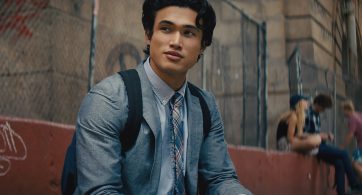 Destiny didn’t come knocking on Charles Melton’s door. It rang his bell. Before the “Riverdale” star became Hollywood’s next big thing, he was pursuing his dream of playing in […]