In Western society, the voice of the books we read are normally from, well, white men.

That’s what author Celeste Ng came across while promoting her book Everything I Never Told You (Amazon’s 2014 book of the Year). But she instantly recognized that this lack of diversity, specifically works from Asian women, was more a lack of knowledge than an actual lack of writers. If that’s the case, then who are these authors and where are they?

While there are Asian authors well-known and well-received, generally their place in reading culture is sparse and very niche. You may know that one author specifically for her work on post-colonialism, but that’s about it. We have enough writers and works to create a swelling community of well-established Asian/Asian-American authors, however, that has yet to be achieved.

There is a disparity between males and females as well. According to the VIDA count, there are 638 males versus 154 females, prompting the creation of #ReadWomen2014 in hopes of changing reading habits.

Why is there this particular blind spot? Ng’s lens is something many of us can relate to: being of color and being female. “Women, writers of color, and Asians are all often overlooked,” Ng points out. “So this particular demographic faces a triple challenge.”

Inspired by critic Roxane Gay’s “We Are Many. We Are Everywhere,” which is a list of writers of color, Ng asked Twitter for names of Asian American women writers and got a great response. As a result, Ng created a list of tips to fix the “female Asian American writer blind spot.”

1. Widen what we think of when thinking “Asian.”
When we think Asian, the automatic response might be to think of East Asian representations (Chinese, Korean, Japanese, etc.), but there are so many Southeast Asian and South Asian authors as well that have their own perspectives and experience of Asian culture.

2. Look beyond the “typical” Asian.
On Ng’s compiled list of female Asian American authors, there are names like Nguyen and Wong, but there are other Asian authors such as Nina McConigley (whose debut collection “Cowboys and East Indians” won the 2014 PEN Open Book Award), who may be overlooked simply because her name isn’t “typical” Asian. This can also be the case with Asian authors who are bi-racial, adoptees, changed their last name after marriage or even those who use a pen name.

3. Don’t put professions in a box (and don’t let professions box a person).
When we talk about “writers,” for example, the norm is to think of the bestsellers and the literary hits. In reality, there are also so many writing other genres — such as mystery, romance and sci-fi– with their own awards and accolades.

The list Ng compiled can be found here, along with her commentary and experience on the subject. The list has author contact information as well as a comments section filled with people peppering in more female Asian American authors. 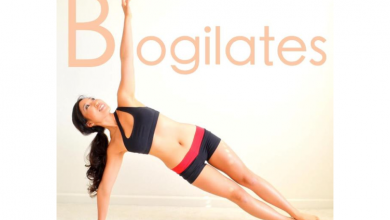