The international magician, Louis Yan, is set to amaze audiences with his magic show, “The Moment” at the Pechanga Theater in Temecula, California, on Aug. 27 and 28, as part of his 2016 Magic World Tour.

“The David Copperfield of Hong Kong,” as he is called, can take objects out of pictures and bring dead fish back to life. These nature-defying tricks aren’t all he’s known for – Yan is the winner of countless awards, having topped competitions in both the U.S. and Europe. In 2010, he was named “Best Stage Performer” during the Merlin Awards, the magic industry’s equivalent of the Oscars.

He is also a Guinness World Records holder. In 2013, he broke Copperfield’s record for “The Fastest Time of Escape with Straitjacket and Chains Underwater,” which earned him his current title. He also broke the record for “Largest Magic Lesson,” which was also held by Copperfield.

Yan has appeared on countless television shows, starring as both a judge and a performer. He is also the first and only Hong Kong Magician to hold a ticket-selling Magic Show at KITEC StarHall in Hong Kong.

The show will have all the flash you’d expect from an expert showman, but also all the nuance you’d see from master illusionists.

If you want to see him in action, check out Pechanga.com for more information on the show. 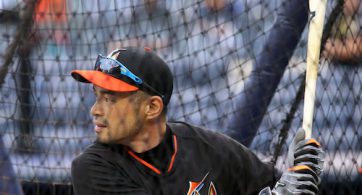 Ichiro Suzuki, No. 51 of the Miami Marlins, recorded his 3000th hit during Sunday’s game against the Colorado Rockies, joining 29 other players in the distinction and becoming the first […]