“If I’m going to do something, like music, I might as well love it,” Mei said. As an Asian American with traditional parents, Mei experienced difficulty in choosing the right career path. Eventually realizing that music was his forte, the talented artist chose to follow his dreams, leaving the safety net behind.

Mei started to pursue music at the age of 12 after seeing a rise in Asian American artists, like singer AJ Rafael and rapper Timothy DeLaGhetto, on YouTube. He then began to upload covers and original songs he had written onto his own YouTube channel and went on to study songwriting at the University of Southern California. In 2018, under the name Brandt Orange, Mei had his first big breakthrough with the release of the singles “Damn Mountains” and “Hands,” which have each garnered over two million plays on Spotify.

With a reputation at stake, working in the entertainment industry can cause a lot of conflict when it comes to personal identity. Although Mei started his music career with the stage name “Brandt Orange,” he felt the need to change after realizing he was expressing himself through a fictionalized character. As a result, he decided to go by his Chinese name, “Mei” (meaning “beautiful”), in honor of not only his ethnic heritage but also his authentic identity. “It’s never too late to be yourself,” he said. “I decided for the benefit of my own career moving forward, and for my own mental clarity, that I needed to do that. Now it feels more authentic and it feels more honest.” Mei released his first single under his new name titled “Rudimental” in August of this year and just released the song “Frankenstein” on October 18, just in time for Halloween.

Watch Mei’s full performance and interview above and consider donating to Mei’s GoFundMe page, where proceeds will go toward supporting artists and other non-essential workers who have been struggling due to the pandemic. 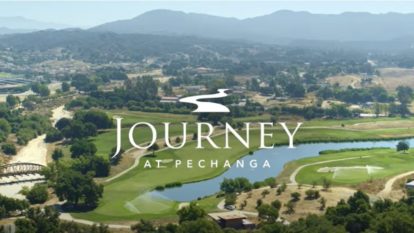 Ready to revamp your golf skills? Journey at Pechanga Resort & Casino is now offering golf tips that will be key to polishing your game. Randy Chang, PGA Director […]