YouTube has long provided a medium for creatives of all skill levels, revolutionizing online content. But when the platform first appeared in 2005, Wong Fu Productions founder Phil Wang found an added benefit in the then-fledgling site.

“There’s websites that you would buy server space for, and you would make your own website on GeoCities,” Wang said, explaining his early digital work to fellow social media star Jenn Im. “So when YouTube came around, it was literally just free bandwidth.”

Two of the internet’s first AAPI digital creators, Wang and Im met up at the 2021 Unforgettable Gala to chat about the changing online landscape, parenthood and much more. In the 15-plus years since Wang first started producing content with fellow founders Ted Fu and Wesley Chan, Wong Fu has churned out viral comedic skits like “Asian Bachelorette,” as well as musical hits and even dramatic series. Wang also branched out into entrepreneurship in 2019 with the San Gabriel-based boba shop Bopomofo Cafe. Meanwhile, Im launched her channel, originally titled ClothesEncounters, in 2010 and has since accrued millions of followers with her fashion and lifestyle videos. She started her own clothing line, Eggie, in August of 2017.

Wang and Im kicked off their conversation with a discussion of parenting tips. Im welcomed her son Lennon in September of 2021, and at the time of the gala, Wang was eagerly awaiting the birth of his first child with wife Helen Wu. “We’re days away,” said Wang. “Everyone keeps asking, ‘How are you feeling?’ and I just keep saying, ‘I don’t know what to feel.’ Because even if I’m ready or if I’m nervous, it doesn’t matter. Once the baby comes, you will never expect what it is right there.”

Im was quick to agree, comparing her own parenting journey to a rollercoaster. “All these questions are to ask you to just pass the time, because you don’t know until you drop,” she said.

The two went on to talk about how they got their respective starts in digital media. Wang recounted his early aspirations of becoming a filmmaker, noting the importance of AAPI representation. “I never saw an example of a successful Asian director that wasn’t a foreign director,” Wang said. “The videos started just being this hobby … because we came up during a time where YouTube and social media were changing things, there was less red tape so I feel very lucky that I also didn’t have to pound the pavement the traditional way.”

Im also mentioned how her goals for her content have evolved over the years. As any of Im’s 3 million-plus followers can attest, her videos have gone from makeup and clothing brand reviews to in-depth looks at everything from home decor to postpartum meals. “Especially when I became a parent and especially in my late 20s, that’s when I realized this is fun and cool, but I strive for something deeper,” Im said. “I strive for something with values and morals, with deeper roots. At the end of the day, I don’t really care about what type of makeup I’m wearing or what outfit I’m wearing. My values and my morals are so much more important.”

Watch Wang and Im’s full conversation above for more! 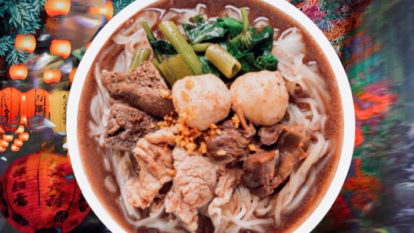