No matter where we are in life, we’ve all said hurtful words to loved ones or have unintentionally impacted those around us at some point. Unfortunately, not everyone gets a chance to make amends. But filmmaker Emily Teera hopes to explore these complex emotions of reconciliation in her short film “Soul Food.”

Starring Praya Lundberg, the film observes the strained relationship between a Thai woman named Fah and her mother June, as they struggle to mend past wrongdoings and overcome regrets in the world between life and death. According to a statement from Teera, “Soul Food” is inspired by multiple other stories of magical realism, incorporating fantasy elements but also using raw, yet nuanced human emotions to tell the story of this mother-daughter pair.

Teera intends to submit “Soul Food” to multiple film festivals and fellowships and host a premiere for the Thai-language short film later this summer. In order to achieve the film’s goals, Teera and her team have created a Kickstarter campaign, which opened in December and will run until Jan. 22.

To get the full picture about  “Soul Food,” as well as watch a video of Teera providing more detail on her creative process, check out the Kickstarter for “Soul Food” here! 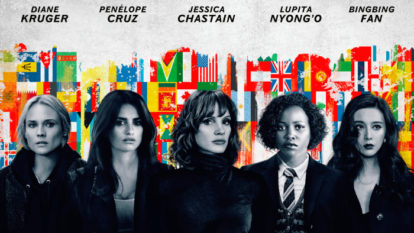