In need of a new Netflix show to binge? Desperate for an unconventional superhero story with a diverse cast? Then you’re in luck, because “Raising Dion” just premiered today. Based on Dennis Liu’s comic book of the same name, “Raising Dion” follows the story of single mother Nicole (Alisha Wainwright) raising her son Dion (newcomer Ja’Siah Young) after the death of her husband, Mark (Michael B. Jordan). When Nicole learns of her son’s supernatural powers, she must do everything she can to protect him from those who want to exploit his abilities.

The original comic’s creator, Dennis Liu, is also serving as the executive producer for the show. Recently, he made waves with the new short film and comic “LING,” which he created with his wife, Marie Iida (Marie Kondo’s personal interpreter). The half-animated, half-live action short follows Ling, a skateboarding Asian American teen who learns that she has the ability to transform into whichever girl she wants to be. You can watch it below. 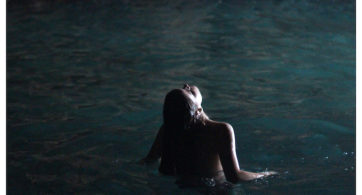 In any number of news articles from Bleachbear’s native Seattle, their music is described as “dream pop,” “grunge,” “folk rock” and more. More than a few fans describe them […]