Istanbul’s Ataturk Airport saw terror late Tuesday when three men got off a taxi and began attacking with guns and explosives at the international arrivals terminal and a parking lot, killing 41 — among them a Chinese national — and injuring 239.

According to officials, 128 remain hospitalized.

Turkish Prime Minister Binali Yildirim pointed to the Islamic State as a possible operator early Wednesday and said all three attackers blew themselves up but that authorities are still investigating. The attackers have not yet been identified. ISIS has not claimed responsibility for the attack.

“So, what can we think? We cannot think anything,” Ali Batur, whose brother died, told the Associated Press. “A terror attack might happen everywhere, it happens everywhere. … If God permits, we will get over this in unity and solidarity.”

Tuesday marked the latest in a string of attacks — the third this year — on Istanbul, the first of which occurred at the city’s historic sites, killing German tourists, and the second on a busy street, where five, including the suicide bomber, lost their lives. Both incidents were blamed on IS by Turkish officials.

Following a meeting in Ottawa, Canada, this morning, President Barack Obama, indirectly blaming ISIS, condemned the attack and offered his condolences to Turkey.

“I had a chance to speak to President Erdogan earlier today to discuss with him not only how heartbroken we have been by the images of the injured and those killed but also to reaffirm our strong commitment to partner with Turkey, with NATO, with the broad-based alliance that we’ve structured around the world to fight ISIL,” Obama said. 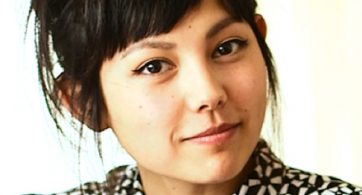 Steady Holiday, a rising Los Angeles-based singer whose real name is Dre Babinski, spoke to Kore about her upbringing that influenced her debut album, “Under the Influence,” released earlier […]