Chloe Kim landed on the podium at the last major snowboarding event of the season, making her the youngest-ever World Snowboard Tour overall champion.

Chloe, 13, came in third at the Burton U.S. Open held in Vail, Colo., over the weekend, launching a huge switch method and a big switch frontside air during one of her three runs. Transworld Snowboarding said “Chloe put down one of the most original runs of the day,” on her way to bronze.

Recent Olympic bronze medalist Kelly Clark, who won the weekend’s event, had nothing but praise for her protege.

“It’s been no secret to me she’s been one of the most amazing up-and-coming riders to watch,” Clark told the Denver Post. “I think she’s gotten rid of that up-and-coming title as of now. It’s going to be amazing when the rest of the world finds out.”

Chloe, who turns 14 in April, said it was a “big surprise” she won the overall Tour title, which is based on points accumulated in both halfpipe and slopestyle events. (Not many riders compete in both disciplines.)

“This feels great,” she told worldsnowboardtour.com, “I never really pay attention to my results, I just care about having fun when I ride, both in the halfpipe and the slopestyle I will definitely try to do more Slope contests next year.”

Check out the KoreAm Journal feature story on Chloe from the February 2014 issue. 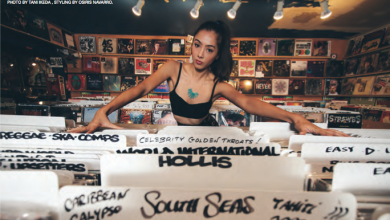 Story by Ada Tseng. In so many ways, music defines a generation or a culture, giving us the soundtrack to our multilayered, bicultural landscape. And the 10 women we […]