Chloe Kim has qualified for the U.S. Olympic snowboard team, but honestly, who is surprised?

The 17-year-old snowboard prodigy qualified for the 2014 games in Sochi, but was too young to compete then. This year, after winning her second consecutive Olympic qualifier on Dec. 15 in Breckenridge, Colorado, the young athlete is in a daze.

“It seems like a dream almost, and I’m trying to wake up,” Kim told NBC Olympics. “I think today, when I get home, it’ll sink in, and I’m probably going to cry.”

Kim is currently the only woman capable of landing back-to-back 1080s in the halfpipe. She also currently ranks first in the 2016/2017 World Snowboard Tour. Now, she’s on her way to Pyeongchang for the 2018 Winter Olympics. 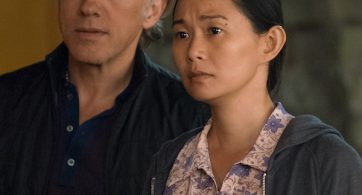 Hong Chau, who stars in the star-studded “Downsizing,” alongside Matt Damon, Christoph Waltz and Kristen Wiig, is nominated for Best Performance by an Actress in a Supporting Role in a […]