South Korean soccer’s whiz kid Lee Seung-woo has taken a significant step towards realizing his dream of playing alongside Lionel Messi at Camp Nou, home of the world-renowned FC Barcelona.

It’s been four years since the 17-year-old Lee joined the glamorous club’s academy, and now the Korean player will be joining Barcelona “Barça” B, a reserve team that serves as the final stage of development for players who have been groomed in Barcelona’s youth system before they ascend to the big league. Barça B alums include Messi as well as World Cup winners Andreas Iniesta and Xavi Hernandez.

Lee, along with his countryman and teammate Paik Seung-ho, was recently summoned by Barça B to join the team’s preseason camp beginning next week, according to Spanish daily Sport. Barça B will compete in the third-tier Segunda Division B in the upcoming 2015-16 season. Up until last season, Lee and Paik had trained with Barça Juvenil A, a youth team for players under the age of 18 or younger.

“I feel honored to play for Barça B,” Lee told the Korean media on Tuesday. “I didn’t think I’d get an opportunity this quickly. This is the result of my years worth of hard work. My goal is to make my debut in Barcelona’s top team within two to three years.”

It is yet to be confirmed whether Lee and Paik will stay with Barça B beyond preseason, as the team has yet to hire its head coach for the new season. Nonetheless, their promotion to the professional ranks is significant. It hints how highly Barcelona rates them among their peers in the club’s youth system. Although Paik is already 18, Barcelona’s call-up for Lee is a rare case since he will be Barça B’s only underage player.

There’s one catch to Lee’s promotion to Barça B: Lee will have to wait until January to play in official matches. In 2013, international soccer’s governing body FIFA ruled that Barcelona had violated its regulation when the club brought Lee, two other Korean youngsters (Paik and Jang Gyeol-hee) and other foreign prospects from outside of Spain to its youth academy. To prevent mega-rich soccer clubs from putting children’s futures at risk by luring them away from their homes, FIFA’s regulation stipulates that clubs cannot take foreign players who aren’t of legal working age. In Spain, the legal working age is 18.

Due to Barcelona’s alleged violation of FIFA’s regulation, Lee has been banned from playing in official matches for the club since 2013. Although Lee is allowed to appear in exhibitions and play for his country’s youth national team matches, he will only be able to train with Barça B until his eligibility can be restored after his 18th birthday on Jan. 6, 2016.

“A lot of world’s best players went through Barça B,” Lee told reporters at the Incheon Aiport. “I know that in Korea, I’ve been told that I lack maturity and physicality. But Barcelona just promoted me to their professional team. Over there, they see me differently. So I thank them.”

A big part of Lee’s frustration with his Korean critics stems from the public notion that his outward display of confidence and honesty doesn’t jibe in Korea, where uniformity and conformity often take precedence over individuality. The diminutive, 5-foot-6 teenager has only played a handful of matches in Korea since leaving for Spain at age 13, but has already been labeled by some as “arrogant” and “selfish” for his unique attitude.

The criticism surrounding Lee is not completely unfounded as his tendency to openly express his feelings on and off the field is foreign to native South Koreans, many of whom have been raised in a culture that’s deeply rooted in rigid hierarchy. As Lee played for Korea’s under-18 national team this past spring—his first time playing in Korea since 2011—in an international youth tournament, the spotlight at times shifted to Lee’s behavior rather than the three matches, which assembled some of the country’s finest young talents to play against Uruguay, France and Belgium.

During the match versus Uruguay, Lee visibly expressed his displeasure when Korea’s head coach An Ik-soo substituted him in the second half by storming off to the locker room. In another instance, Lee became angry and kicked the advertising board after whiffing a scoring opportunity.

This was Korea’s firsthand experience of seeing Lee in action. Since rising to fame last year, Lee has displayed his undeniable talent along with flamboyant goal celebrations and bold statements, such as guaranteeing a win over arch rival Japan while playing for the country’s under-16 national team in Thailand. His boldness has made him both a controversial and likable figure to his fans.

In the past, the young player has openly claimed that he is ready to play for the South Korean men’s national team, which recently began its qualifying rounds for the 2018 FIFA World Cup. Although many in South Korea agree that Lee is a once-in-a-generation talent, Lee’s critics insist that the flashy teenager is simply too young and immature and that his physique isn’t ready yet to endure the rigors of playing at the highest level.

Lee argues that he is as ready as Real Madrid’s Martin Odegaard and AC Milan’s Hachim Mastour, highly rated 17-year-olds who have already been called up by the Norwegian and Italian national teams.

“I’m the same size as Messi, Iniesta and Xavi,” Lee said in a recent interview with South Korea’s Xportsnews. “I don’t think Odegaard and Mastour are better players than me. But the future is uncertain in soccer. Unlike me, they’re getting their opportunities already. So in four or five years time, they could be ahead of me. All I can do is to do my best and wait for my chance to come.” 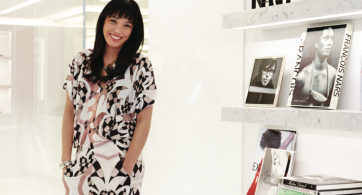