The 67th annual Golden Globe Awards will air January 17th and I can’t help but notice a dearth of Asian faces or names from their nomination list. In fact, the only nod I could find was for Yeah Yeah Yeah’s Korean American frontwoman Karen O for the original score to Where The Wild Things Are, shared with veteran film composer Carter Burwell. Congrats, Karen!

But only one Asian/American nod for the entire year? We didn’t even get a Best Foreign Film nod!

Truth be told, there aren’t a lot of people of color nominated this year. With O and four Black actors’ nods (Gabourey Sibide, Mo’nique, Morgan Freeman, and Chiwetel Ejiofor), that brings the grand total to…5. Out of 25 categories. But, there’s always a chance that some of the producers for the winning Best Motion Picture and Television Series will bring diversity to the Golden Globes award stage. And in the Best Animated Feature Film category, two films feature Asian American and African American characters (Up and The Princess and the Frog), which is cool. If we can’t have more Asian and Black actors in the flesh, we might as well have them in cartoon form!

Since I’m not part of the Hollywood Foreign Press and never will be (unless I come into some serious bribe money), I can only come up with my own fantasy nominations for the Golden Globes. A show that I think was a great example of quality and diversity in 2009 was left off the nomination list this year. Maybe its premiere date missed the cut-off for eligibility or maybe the HFPA is just slow on recognizing comedic gold when it sees it. In my own little world, I nominate NBC’s Community as the Best Television Series-Comedy or Musical.

As the best new show of 2009 in my opinion (yes, even better than Glee), Community features one of the best comedic ensemble casts on television. But let’s be real. The show’s biggest draw is Danny Pudi’s character Abed. Playing a pop-culture obsessed half-Palestinian, half-Caucasian community college student who probably has Asperger’s Syndrome is no easy feat and Pudi does it with such dedication and comedic genius. Abed as Christian Bale as Batman? Classic.

Yes, I left out Gillian Jacobs’ Britta character because I just don’t think she’s that funny. But I see how she’s necessary to the cast.

Hopefully Community‘s sophomore season will get Pudi and the rest of the cast the recognition that this fan thinks they deserve.

Who do you think should have gotten some Golden Globe props this year? 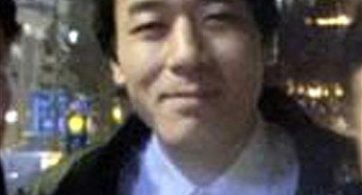 Robert Park has been detained in North Korea. Check out the in-depth backstory on the American missionary written by KoreAm senior editor Julie Ha. It will be published in […]