By Elizabeth Eun and Julie Ma
Photograph by Eric Sueyoshi

It all seemed self-indulgent and border-line narcissistic before 2005, uploading videos of yourself belting out pop songs or talking to an invisible audience. But YouTube made it not only acceptable, but also a cultural norm. And while videos of screaming babies and neurotic cats have flooded cyberspace, there’s been a not-so-quiet revolution stirring within the YouTube arena. Asian American artists are practically omnipresent on the video-sharing website, posting clips of themselves and each other singing, dancing, playing instruments and telling jokes. Which anyone can do these days, right? But these artists actually get views.

“Asian American artists are visible everywhere,” says Roy Choi, executive producer of Kollaboration, an annual showcase featuring mostly Asian American talent. “Type in any song on YouTube and you’ll undoubtedly be answered with a cover version by an Asian face.”

According to YouTube—which was founded in 2005, then snapped up by Google in 2006 for $1.65 billion—people are watching 2 billion videos a day. With numbers like these, it’s no wonder the site has become such a popular launching pad for virtually anyone pushing a talent, a passion or a message. Prime examples: Teen singing sensation Justin Bieber was discovered on YouTube in 2008 and Charice Pempengco, the first Asian artist in history to land in the Top 10 of the Billboard 200, gained fame through a YouTube video of her performing at a South Korean talent show. Even Barack Obama utilized the site for his innovative, wired and successful presidential campaign—thereby getting dubbed upon election as the “first internet president.”

Yet “YouTube Celebrity”—that confined, yet worldwide breed of online fame—is a territory especially dominated by Asian Americans, either because they’ve utilized it the best or because if they aim for anything higher, they hit the glass ceiling.

“We’re not allowed to be on TV as much as [other] Americans are,” says David Choi, 24, arguably the first Asian American musician to make it big on YouTube. “That’s a little unfair, but that’s the reality right now.”

But with the advent of YouTube, Asian Americans now have a platform that requires no third party, no money-sucking managers or closed-minded Hollywood executives.

In fact, viral star Ryan Higa, the actor/writer who posts comedy skits on YouTube, has 2.6 million subscribers and is speculated to make six figures, according to Yahoo! Finance.

“It’s opened up the game,” says Dumbfoundead (Jonathan Park), the 24-year-old underground rapper who saw his fan base multiply after creating a YouTube account. “Asians got tired of waiting to get into the mainstream. With YouTube, you don’t have to wait for somebody to sign you, or give you a budget of millions of dollars to make a film; you can just do it. We’re like, ‘YouTube’s here; we’re going to smash it up with the YouTube thing.’”

What’s been perhaps the main appeal of these stars is that viewers can discover and watch their idols, anytime and anywhere.

“YouTube has allowed fans from all over the globe to find me in one place,” says Clara Chung, the 22-year-old singer/songwriter with more than 60,000 subscribers.

That openness between fan and performer also exists among YouTube performers. There’s a sense of community that has led to multiple collaborations between various members of this maudlin crew of virtual celebs, and viewers are delighted when they can see all their favorite stars on one screen, or stage for that matter. International Secret Agents, a concert series co-founded by Wong Fu Productions and Far East Movement, consistently features the top Asian American internet sensations. “We were screening our work [at schools], and we thought that if the audience was presented with a show or concert, it would be really enjoyable, and would help with the community because there was really nothing that showcased Asian American talent,” says Wesley Chan, 26, of Wong Fu Productions. “We’re just really trying to give the community something to be inspired by.”

Their futures look bright: albums, contracts, television shows and movies are all in the works for some of these stars. But for the others, is YouTube ultimately their only stage?

“The YouTube phenom suggests that, if we’re cut out from more conventional avenues, we’ll still use the tools available to us to get ourselves out there, seen and heard,” says Oliver Wang, assistant professor of sociology at California State University, Long Beach. “I think it constitutes ‘success’ insofar as people are making a name for themselves. Being a YouTube star doesn’t always translate into some form of viable career, but I suppose this generation will be the ones to explore that potential.”

Stay tuned for profiles on 8 of the top Asian American personalities on YouTube. 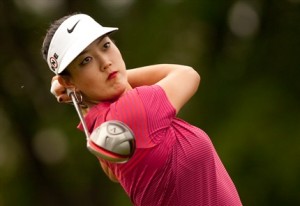 Michelle Wie has always been precocious. At age 10, she became the youngest person to qualify for a USGA amateur championship. At 13, she could already out-drive most of […]