Variety reports Korean American actor Daniel Dae Kim has been tapped to join the star-studded cast of Insurgent, the anticipated sequel to Divergent, starring Shailene Woodley, Theo James and Miles Teller. The Hawaii Five-O and former Lost star is the latest actor to sign onto the sequel, which will also have the Oscar wattage of Naomi Watts, Kate Winslet and Octavia Spencer.

Kim will play the role of Jack Kang, who is described as a representative of the Candor faction, one of five factions in the future dystopian Chicago.

Insurgent, based on Veronica Roth’s triology, is set for release on March 20, 2015.

Though the character of Kang will not be part of the follow-up films, Allegiant- Part 1 and Allegiant-Part  2, Kim will still have plenty to do once filming wraps. In a recent interview with The Hollywood Reporter, he revealed he inked a two-year development contract with CBS Television Studios to develop new projects under his own production banner 3AD. Under this contract, he hopes to adapt a memoir by Korean American activist Mike Kim, who chronicled his experiences helping North Korean refugees cross over to China in Escaping North Korea: Defiance and Hope in the World’s Most Repressive Country.

Kim is also in talks with Korean broadcasters to bring more Korean television content to the U.S. He is reportedly in the final stages of negotiation with CBS for the adaptation of popular South Korean melodrama Good Doctor. “It’s all about the timing and confluence of different events,” he told the Hollywood Reporter. “K-pop is bigger than ever, there is awareness in the U.S of an international market, there is interest in intellectual property, such as basing TV and film on books and foreign content.” 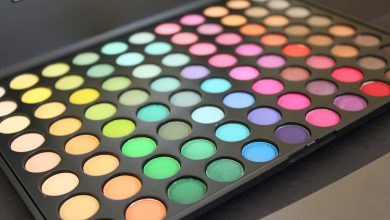 Who doesn’t love playing around with eyeshadow? From bright yellow to stark white, Makeup Geek has you covered. Who do we look to for good eye shadow? MAC, of […]