Michelin awarded Danji one star out of three in its annual guide which was released on Wednesday.

The restaurant, located in Hell’s Kitchen rather than near “Korea Way” near 32nd and Broadway, was founded by Korean American chef Hooni Kim.

Previously, the only Korea restaurant to appear on the guide’s radar was Sorabol in Hong Kong, which received a fork rating one notch below a star rating. Danji is exclusive and only has enough seating for 36 people. It was praised earlier by the New York Times as offering “only joy” and has become popular with long waiting lines a common sight.

Danji’s menu offers traditional Korean dishes as well as fusion fare such as the bulgogi slider.

Head chef Kim was born in South Korea but moved to the States when he was 10 years old. 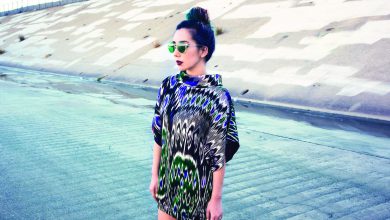 Photo credit: Theo Jemison The Tracks of the Bunny Monster Los Angeles native Jennifer Lee, a.k.a. Tokimonsta, is already a star in the electronic music world. But will her […]