“Frankly In Love” is described by Entertainment Weekly as “a fresh and relatable take on identity and race as seen through the eyes of a Korean American teen caught between his parents’ traditional expectations and his own Southern California upbringing.”

The book’s manuscript was a hot choice for publishers back in April, with 10 publishing houses bidding for it. According to Deadline, Penguin Young Readers ultimately snagged  North American rights to a two-book deal. Fourteen countries have already bought foreign publishing rights. “Frankly In Love” is anticipated for publication in fall of 2019.

Yoon is a writer, photographer and illustrator. He is best known for his illustrations for his wife Nicola Yoon’s book, “Everything, Everything,” which was made into a feature film last year.

“Hollywood gods willing, you’ll be able to see Frank and Joy on the big screen soon!” Yoon said in a blog post. He also took to Instagram to share the news:

Big news! Frankly In Love has been optioned as a feature film by Paramount. How crazy is that? Also, why does my head look so big in that picture? Visit my official site for details, okay? 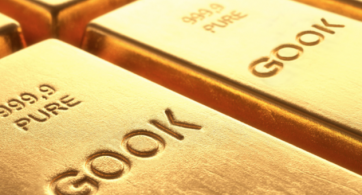 There’s a hard reality in Hollywood that creators, studios and fans alike must acknowledge: All dollars aren’t the same. Box office earned in the early part of a film’s […]