There is no question as to where Hallyu fans stand among the other fandoms of the world. The line that snaked its way around the entire Los Angeles Sports Arena complex yesterday, as KCON 2014 kicked off its first day of festivities under a blazing sun, was the ultimate image of devotion.

Even as a Korean American who’s followed K-pop for a while, I have to admit that seeing the throngs of excited fans in person was quite an eye-opening, even exhilarating, experience. In only four years, the convention devoted to K-pop, K-dramas and Korean popular culture in general has grown exponentially, from about 10,000 attendees at the inaugural convention in 2012 to an expected 40,000 this year, according to the North American arm of South Korea’s CJ E&M, which organizes the convention.

Soon KCON may just rival convention behemoths like San Diego Comic-Con and D23, which attract crowds in the 100,000-plus range.

And, if you think the only draw for KCON goers is the chance to see their favorite artists in person, think again. One may not expect panels like “Speaking the Language of K-Drama” or “Hallyu Culture Shock” to have a chance at a decent draw, but that’s underestimating the devotion and interest level of Hallyu fans.  Websites like Soompi and Dramabeans, as well as every social media outlet, are living testaments to how much fans love to gather and talk about their artists and actors online, and even better, when they have the chance to do so in person. The result was enthusiastic participation at panels like “Oppa/Unnie Debate,” “All About K-pop Reaction Videos” and the crowded K-pop dance workshops.

Brushing up on Korean is easier with #kdramas. We’re waiting for our own #lovefromthestars. #howtoaegyo #KCON2014 pic.twitter.com/bwErglUgEq

Of course, it’s another level of crazy that kicks in when the artists themselves show up in person. We had the chance to interview girl group SPICA on Saturday–stay tuned for our exclusive video later this week.

I also had the fortune to be standing in “fan club row” when we all heard a huge scream. And there’s nothing that can compare to a K-pop fan screaming. Lo and behold, boy group B1A4 was on the stage.

KCON also did a fantastic job in terms of fan engagement. Most K-pop stars are kept far away from fans, except for concerts and the occasional meet and greets. It was a different story for local artists and entertainers, including DANakaDAN, Jhameel, Connie Lin, Shin-B and Flash Finger, to name a few, who held conversations and Q&As with their fans at their respective panels.

As Day 2 of KCON kicks off today, look forward to our live tweets (@KoreAm) and our upcoming exclusive interviews with SPICA and the crooning Jung Joon Young, who will both be performing tonight in the second concert/ They are part of a lineup that also includes BTS, CNBLUE and Girl’s Generation. 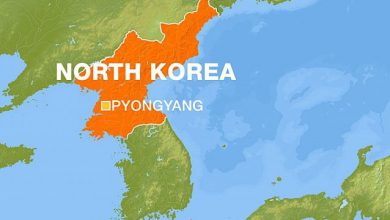 by STEVE HAN Four North Korean defectors are now seeking asylum in the U.S., Voice of America reports. The refugees arrived in the U.S. via Thailand last month, according to […]