Dianne Doan was only in high school when she found her passion for acting. After taking a drama class, she was instantly drawn to the element of the unknown. “It still scares the hell out of me,” says the Vietnamese-Canadian actress. “The fact that I can prepare as much as possible, but until I get in front of the camera and with my scene partners, anything can happen.” While it’s a constant learning process, Doan wouldn’t want to do anything else. In fact, she put her other passion, dance, aside to focus on her acting career.

Doan stars as Mulan’s daughter Lonnie in the latest Disney Channel Original Movie Descendants, which premiered on July 31st and brought in 6.6 million viewers. Meanwhile, Doan is also working on History Channel’s television show, Vikings, where she portrays a new Chinese character, Yidu, who will have a big role in season four. In anticipation for these projects, we got to interview Doan to learn more about her work and the characters she plays.

Audrey Magazine: When you’re not acting or dancing, what do you like to do?
Dianne Doan: I have family all over the place so if it’s possible, I love to travel. There are still so many places that I want to explore. These days I don’t get to spend a lot of time at home in Vancouver, so when I’m home, being outside in nature always calms my soul. Last but not least, eating lots of good food, finding restaurants and hidden gems.

AM: What advice do you have for young girls trying to pursue a career in entertainment?
DD: Work hard and don’t let rejection deter you from what you want! It’s a tough business so perseverance will take you far.

AM: What’s do you wish you could tell your younger self?
DD: To be patient. To take moments to enjoy what’s going on in front of you. To not be so fixated on the end picture. And to not let others define your happiness.

AM: In another life, what would your profession be?
DD: A lawyer.

AM: Can you tell us more about the Disney Channel Original Movie Descendants? What can we expect?
DD: Disney’s Descendants follows four kids with infamous villain parents, as they find their way in the world of Auradon Prep after they’ve been confined all their lives on the Isle of the Lost. This movie is a live action comedy with elements of song and dance. So much more than that, this film showcases the importance of following your instincts and not allowing your background to define who you are. There’s love, laughter and friendships, and I love that the film is for both kids and parents to enjoy.

AM: How would you describe your character Lonnie?
DD: I made sure that Lonnie embodied a lot of Mulan’s characteristics. I wanted her to be confident, lovable and most importantly, independent. In the film, Lonnie is a bit of a lone wolf. She doesn’t fall into any specific clique in high school. It isn’t until the villain kids arrive that she finds a group that she identifies with. And against the liking of her classmates, she befriends the villain kids.

AM: Can you tell us more about the critically acclaimed History Channel series Vikings? What can we expect from the 4th season?
DD: The show follows Ragnar Lothbrok as he goes from farmer to Earl to King of Kattegat. It also follows his raids and contouring of lands. Throughout the journey, the show showcases the inner depths of the Viking lifestyle and how they strive to learn about different worlds and cultures, to build a name for themselves and to leave a legacy. In season three, we saw them raid Paris. Now in season four, there are more battles and hardships, there are new relationships and more loss.

AM: How would you describe your character, Yidu?
DD: Yidu, signifies the unknown. There was a sense of pressure that I felt coming onto the show because there was yet to be a character of Asian decent. I felt as though I was the voice of the Asian community. On the show, Yidu strikes a lot of interest and curiosity in some characters because of where she came from and her views and beliefs of the world. I play her as a jaded and mysterious yet strong heroine, who also carries heavy burdens.

AM: Lonnie and Yidu are both heroines. How are they different?
DD: Well there’s the obvious difference in networks. Coming from a Disney standpoint, the topics that are played are a lot more family friendly. But I have also been blessed with the opportunity of working on the History Channel, where there has been a lot of darker scenes and material that has really pushed my limits and comfort levels as an actor.

AM: What inspiration do you draw from when you’re portraying these strong characters?
DD: I made sure I did my research before I went into each job. For Vikings, I wanted to make sure I was familiar with the dynasty that Yidu came from, and how women were treated or what liberties they had. I can’t say I draw from inspiration because the circumstances are so different but I will say that being on set, the directors and my scene partners definitely solidify the work and thus help to enhance my characters.

AM: What is it like working on a TV series versus a movie?
DD: It all depends on what kind of a show you work on. I haven’t had too much experience working in television, and I hear that Vikings works almost like a feature. In general, features get a lot more time. As an actor, you’ll find you have more time to do more takes, whereas in television, the pace of filming may be a lot quicker so there isn’t a lot of room for playing around.

AM: Any upcoming projects we should keep any eye out for?
DD: Besides Descendants, which aired Friday, July 31, and season four of Vikings, which is set to premiere early 2016, I have a coming-of-age independent comedy that’s currently in post-production. It’s called Last Night in Suburbia. This movie was the first time that I really got a crack at doing comedy!

Wishing Doan the best of luck with her projects and looking forward to seeing her grow in the industry! You can follow her on Twitter @diannedoan as well as Instagram @diannedoan. 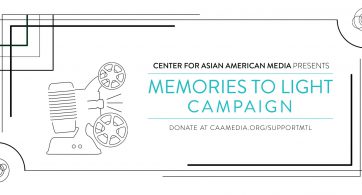