The earth is frozen. Its only surviving inhabitants are confined in Snowpiercer, a perpetually moving locomotive in which the last members of the human race live a hellish existence that is strikingly reminiscent of today’s oppressive social hierarchy. Passengers are assigned seats based on their economic status. The poorest are exiled in the cars on the tail end of the train, while the rich and powerful inhabit the front cars.

In his English-language debut Snowpiercer, based on the 1983 French graphic novel Le Transperceneige, South Korea’s renowned filmmaker Bong Joon-ho did not shy away from telling a story with a social message, but stressed that his goal first and foremost was to make a film that audiences would enjoy.

“Films should entertain,” said Bong (in remarks translated from Korean), at a press conference at the Korean Cultural Center in Los Angeles last month. He was joined by South Korean actors Song Kang-ho and Go Ah-sung, who star in Snowpiercer.

“The audience must enjoy watching the film itself and find beauty in what they see, rather than reaching for those things in the film’s underlying message,” the director added. “Social values are secondary. If anyone who watches my movie goes home that night and thinks about the social issue that’s conveyed in my film for just a second as they go to bed, that’s enough.”

Chris Evans and Song Kang Ho in a scene from Snowpiercer

Snowpiercer, which opened on June 27 in theaters in the U.S., is a sci-fi action film distributed by CJ Entertainment and the Weinstein Company, and features a stellar cast of not only Korean stars Song and Go, but also Hollywood elite, including Chris Evans, best known for his roles in Fantastic Four and Captain America: The First Avenger, Oscar winner Octavia Spencer, as well as acclaimed British actress Tilda Swinton. The plot pivots on the actions of those in the back of the train who, after nearly two decades of desperately surviving, decide to stage a revolution to shift the balance of power. Curtis Everett (Evans), the leading revolutionist, joins forces with Namgoong Minsu (Hong) and his daughter Yona (Go). Namgoong, the security engineering expert who created the doors that separate the train cars, helps Everett to fight the armed forces that operate under the orders of Mason (Swinton), the powerful minister.

‘“[Bong] is a star director in Korea,” said Song, who is also quite the star himself, having appeared in numerous Korean films, including the blockbuster JSA and, most recently, The Attorney. “Working with him is always a pleasure.”

He, along with Go, appeared in Bong’s 2006 monster hit The Host.

“There was definitely a comfort level because this was my second project with him,” said Go, 21, who made her film debut at age 14 in The Host. “I almost had to force myself to stay out of my comfort zone because I have such a special relationship with him.”

Along with the familiar faces from his homeland, Bong also worked with some Hollywood and international actors for the first time, and the collaborative nature of this project made Snowpiercer a unique film. Yet, Bong was quick to downplay that aspect, noting many of his projects in the past have had an international flavor.

“I thought long and hard about this,” said the 44-year-old filmmaker. “When I worked on Memories of Murder, I collaborated with a Japanese music director. The Host, the special effects were done by a New Zealand company, and we also had a company based in San Francisco work on the computer graphics. So going international was nothing new. We see foreign players playing in professional baseball in Korea. Then there is Hyun-Jin Ryu in the major leagues. It’s just work. When you’re working, these things happen naturally. There’s nothing foreign about working with foreigners.”

Since first hitting South Korean theaters last summer, the U.S. is actually the last stop for Snowpiercer. From October to March, the film premiered in France, Japan, Hong Kong, China and Germany.

The highly publicized dispute between Bong and the Weinstein Company over who has final say on the film’s edits delayed its U.S. debut for almost a year. In the end, though, Bong got his wish to release the director’s cut in the U.S. The filmmaker was adamant about keeping his edits, even if that meant risking a significant budget cut in promoting the film.

“In Korea, I always had the control over the editing process,” Bong said. “But the Weinstein Company is traditionally known for having the decision on the edits of its movies. They’ve been doing it this way for years, whereas I’ve been doing it in my own way for years. So when we met, there were difficulties, but in the end, they were so kind to go with the director’s cut. I respect and thank them for making that decision.”

Last year in Korea, the film set the domestic record for reaching 4 million in ticket sales in the shortest time by its fifth day of release.

Although the likes of Kim Ji-woon and Park Chan-wook have directed Hollywood films, such as The Last Stand and Stoker, respectively, in recent years, Bong points out that Snowpiercer is different because it’s a film produced in Korea.

That being said, Bong does not believe he carries some sense of responsibility to represent the Korean film industry.

“This isn’t at all any kind of a national duty just because I’m releasing a film in Hollywood,” Bong said, laughing. “So there’s no responsibility I have for our country. I have no interest in that kind of stuff. I’m only interested in expanding my capacity as a creative filmmaker. I don’t want to be a part of the Hallyu Wave. Not one lick!

“When Park Jae-sang’s [Psy] ‘Gangnam Style’ blew up, it’s not as if he spent years to strategize a plan to promote K-pop. He simply kept doing what he enjoyed and it happened to be a big hit. That’s always the best way to go about doing what you love doing.”

This article was published in the June 2014 issue of KoreAm. Subscribe today! To purchase a single issue copy of the June issue, click the “Buy Now” button below. (U.S. customers only. Expect delivery in 5-7 business days). 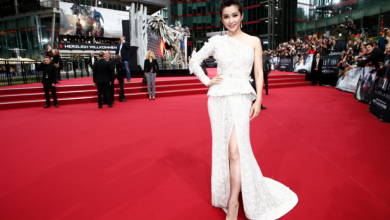