Disney has had trouble finding the right actors to cast in the lead roles of Aladdin and Jasmine in director Guy Ritchie’s live-action remake of “Aladdin,” but they finally settled the score with an announcement on Saturday at the D3 Expo.

Still, Disney couldn’t seem to get it exactly right: The Hollywood Reporter previously reported that 2,000 people had read for the roles of Aladdin and Jasmine, with a casting notice from Disney that specifically read: “These characters are Middle Eastern.”

Will Smith will play the Genie. Mena Massoud (“Jack Ryan”), an Egyptian-Canadian actor, has been cast in the role of Aladdin. The role of Princess Jasmine has gone to Naomi Scott (who played the Pink Ranger in “Power Rangers”), an actress who is half-Indian and half-white.

The criticism is, of course, that South Asian and Middle Eastern heritages are not interchangeable.

Although the original “The Arabian Nights,” on which “Aladdin” was based, was set in Central Asia, the version by Disney is largely made to take place in the Middle East.

All these Arab actresses on the planet and they cast half-white, half-Indian Naomi Scott as Jasmine. Indian isn’t middle-eastern, Hollywood.

Naomi Scott is a good actress and she’ll play a good Princess Jasmine, but this should have been a young Arab actress’s chance #Aladdin 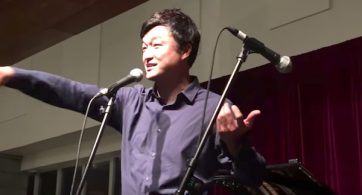 Defining the Asian American experience can be tricky. Percy Bysshe Shelley, the 18th century poet and writer, once said that poetry “is a mirror that makes beautiful that which […]