Disney, which just announced a November 2018 release for its live action “Mulan” film, is on the search for a Chinese actress to play the leading role.

The film, announced last year, has already been hit by a petition urging the studio not to cast a Caucasian in the role of Mulan. The petition grew out of the reaction to whitewashing in Hollywood, specifically incidents like the “Ghost in the Shell” live action film and “The Last Airbender.”

Whether or not Disney planned to cast a Chinese actress from the beginning is unknown, but they have announced a worldwide search to find one that fits the role of the spunky warrior, and social media is more than ready to help.

Yes! Can’t wait to see an actress, who not only looks chinese but IS, to play #mulan. @Disney #wheredreamscometrue https://t.co/jsc1nWRfYy

. After this i don’t believe I need to say anything! petition @arden_cho as #Mulan. pic.twitter.com/77BUHF0Up1

Fan BingBing would be a good choice. Who would y’all fan cast for Mulan? #mulan pic.twitter.com/PcagreMMO1

Mulan joins the growing number of Disney characters getting the live action treatment, which includes Maleficent and Cinderella.

A re-envisioning of the 1998 animated classic, the film will follow the story of Mulan, who impersonates a man to take the place of her father as a soldier and helps defend her native China against invading Huns. The movie will be a combination of the story of the legendary Hua Mulan and the Disney movie.

The script is based on a spec by Lauren Hynek and Elizabeth Martin, and was re-written by Rick Jaffa and Amanda Silver, who wrote “Jurassic World.” No director is attached to the film as of yet. 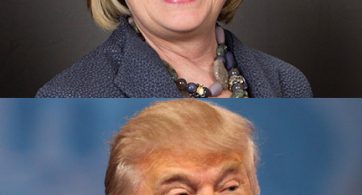