Dwayne “The Rock” Johnson has another star vehicle lined up.

According to Deadline, Johnson is starring in Universal’s action thriller “Red Notice,” which will be released internationally on June 12, 2020. “Wonder Woman” Gal Gadot is also joining the cast.

The film is directed and written by Rawson Thurber, who collaborated with Johnson in “Skyscraper” and “Central Intelligence.” Johnson plays an Interpol agent who chases the most wanted art thief in the world. The movie is tailored as a three-hander action-comedy and heist thriller between Johnson, Gadot and another male star who’s not yet set.

Same as “Skyscraper,” “Red Notice” will be produced by Beau Flynn for his FlynnPictureCo. with Johnson, Dany Garcia and Hiram Garcia for their Seven Bucks Productions and Thurber for his Bad Version, Inc. Wendy Jacobson is executive producing.

The pitch for the movie raised a heated, multi-studio bidding. Universal, together with Legendary, won the bid against competitors including  Warner Bros., New Line, Paramount and Sony. According to Hollywood Reporter, Johnson is expected to cash in at least $20 million for the film, which passed an actor salary milestone in the industry.

In recent months, Johnson has kept himself active on the silver screen: His upcoming “Skyscraper” just released its teasers in late May and is coming on July 13. It comes just months after his enormously successful “Jumanji: Welcome to the Jungle,” which earned more than $850 million worldwide, and “Rampage,” which opens on April 13. 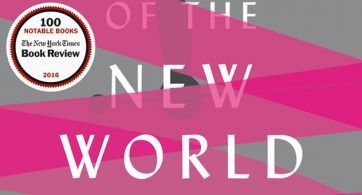