Earlier this week, the Olympic Council of Asia (OCA) and Alisports announced that the 2022 Asian Games will include eSports as a medal event.

Esports will also be demonstrated this year at the Asian Indoor and Martial Arts Game (AIMAG) in September. Games at AIMAG will include “FIFA 2017,” as well as an unannounced MOBA and RTS game — most likely to be “League of Legends” and “Starcraft II,” both leading titles in the eSports scene.

The inclusion of eSports will be “reflecting the rapid development and popularity of this new form of sports participation among the youth,” said OCA President HE Skeikh Ahmad Al Fahad Al Sabah. 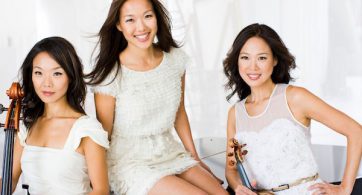 Certain life experiences are meant to be passed along, especially if they include jamming to “Purple Rain” with Prince at Paisley Park, touring the world over with a set […]