At the age of 32, Ronnie Abaldonado, or B-Boy Ronnie as he’s known in the b-boying world, has spent more than 20 years breakdancing. His career is filled with highlights like winning the second season of America’s Best Dance Crew (the reality show that arguably re-popularized b-boying in American culture since its heyday in the ’80s) with Super CR3W; starring in the 2009 documentary Turn It Loose about b-boys; and performing with ABDC season one winners JabbaWockeeZ in their own live stage show in Las Vegas since 2010.

He’s fresh off the Red Bull BC One All Stars tour – his 10th consecutive year either competing, judging or attending the event – and instead of indulging in some much-deserved rest, he’s in San Francisco, working on readying the new satellite studio of Distrct, Super CR3W’s unorthodox dance studio-cum-barbershop tattoo parlor, for its December soft opening. He also has to check in with Footwork Productions, the events company he and his brother run.

Abaldonado divides the rest of his time between JabbaWockeeZ and Super CR3W (a collaboration crew made up of three distinct breaking crews, including his original Full Force Crew), in addition to flying in and out of the country to break in competitions all over the globe. Luckily, because he’s been dancing for so long, his training is more akin to conditioning. “I’m already comfortable with my moves, and a lot of my training is just me maintaining them,” he says. He just has to adjust his mentality, depending on whether it’s a crew competition or a one-on-one. “In a crew battle, you make a routine, you go through round for round, and you get to save energy. In a one-on-one, you have to go one after another, so your endurance has to be more up to par.”

He admits that “there’s so much going on, it’s kind of crazy. If you think about it, it’s pretty amazing. [Full Force Crew] has been a crew for 20 years, so it’s not like it’s coming out of nowhere. It’s just been in the works for many years to come.” And with two decades’ worth of experience, Abaldonado has developed a better sense of what he wants in his life and future, and in the future of b-boy dancing.

He remembers the early days of b-boying, when it was more commonly called breaking, as a young Filipino boy in Guam. “This was the ’80s; all over TV, movies like Beat Street were on. I remember trying to do certain moves, imitating it, and I ended up doing [the moves] in a Christmas performance in second grade. That’s the earliest memory I have of actually breaking. I didn’t know what I was doing,” he laughs. “I was doing, like, coffee grinders and the Russian kick. But I feel like I’ve always been just dancing my whole life. I remember watching the premiere of Michael Jackson’s music video, Black or White, and just loving dancing.”

Still, it took a move from Guam to Southern California to his current residence in Las Vegas for Abaldonado to get serious about breaking. With his friend Rock and his older brother Rodolfo, the middle schooler founded Full Force, in 1995. “We were that crew that was known for having our own style,” he says. “At that time, there were b-boys doing freezes; we were known for an abstract style. I had all those moves, like head spins, but I was getting recognized for my intricate footwork and freezes. I ended up sliding by in all these competitions, not based on how crazy my moves were, but on how original, because I looked so different from anyone else.”

When asked about the differences between b-boying back then and now, Abaldonado has plenty to say: “Now in this generation, you see people who break like me, who break like everyone else. Back then, if you saw a well-known b-boy done in silhouette, you knew exactly who they were by the way they top rock, by their footwork, by their power moves. But now, there are just so many b-boys out there and the skill level is so far beyond and amazing, but the originality has been taken away. Back in the ’90s, maybe the skill level wasn’t as high as it is now, but there were so many original b-boys.

“That was me,” he continues. “I was known for being one of the original b-boys.”

YouTube and websites like Red Bull BC One that live stream battles are responsible for this constantly evolving level of skill and motivation. As Abaldonado explains, “That’s pretty much where the scene is now: watching videos of battles live. Back then, we would have to wait for a VHS battle of a competition, and it would be outdated by the time we got it. [Now] b-boys just have access to any battle anytime they want to see it. I was just in Russia a few days ago, and I was watching the Red Bull BC One Asia Pacific qualifier live in my hotel room while it was going on in Taipei, Taiwan. There was an open forum, and one of our friends was commentating live. To me, that was just mind-boggling.”

Despite his growing collection of Nike Air Maxes and appearances in everything from reality TV shows to Braun shaving adverts, Abaldonado is definitely old-school. Consider his favorite dance movies and what they say about his idea of b-boying and its growing cultural presence: the aforementioned Beat Street, 1983’s Wild Style – both seminal pieces of cinema devoted to early hip-hop culture, of which b-boying is an offshoot – and 2013’s Battle of the Year. Abaldonado is partial to the latter because, as he explains, “it is the first real b-boy movie about our time that actually showed b-boys.” His rhetoric fits in nicely with his growing desire to mentor – if only he could find the time. “With the new generation of b-boys, you see where their inspiration comes from – they either learn from this b-boy or are a big fan and just start copying their moves,” he says. “So with me, I’ve always wanted to take someone under my wing. I want to pitch to Red Bull: There should be a camp where each All Star gets their own little proteÌgeÌ to train. That’s probably the next step, to really build a team, a community.”

He pauses, thoughtfully. “I don’t feel like I’m done.”

–STORY BY JASMINE LEE
This story was originally published in our Winter 2014-15 issue. Get your copy here. 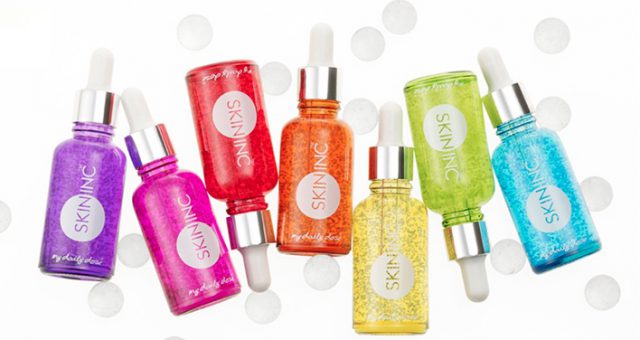