Based on a book by Qui Nguyen, with lyrics by Beau Sia, the Tim Dang directed musical is centered around Norman Lee, a young boy who battles a b-boy crew for respect, honor and the heart of Cindy Cheng. The play will run until June 26, on Wednesdays through Sundays.

Tickets run from $40-50, but student, senior and group discounts are available.

In association with PROJEKT NEWSPEAK and KOLLABORATION

Post-Show Discussion:
Sunday, May 29
A chat with the artists after the show.

Wine Down Fridays:
Join us on Fridays beginning May 20 @ 7:00 pm and enjoy complimentary glasses of red or white wine served before the production.
(Must be 21 years of age) 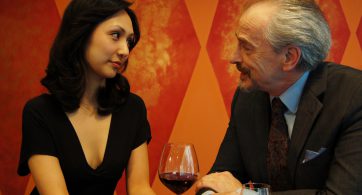 KA actress Linda Park will play the lead in the world premiere of Phillip Kan Gotanda’s “Love in American Times,” opening at the San Jose Repertory Theatre May 18.  […]