Arden Cho has earned a loyal fanbase as a YouTube singer and performer. Now she’s winning over a new audience with her exciting (and a**-kicking) role on MTV’s Teen Wolf.

For a good chunk of their childhoods, Arden Cho made life for her younger brother miserable. “Why can’t you be more like Arden?” their parents would constantly nag him. Cho was the seemingly perfect Korean American daughter: She earned straight A’s, dutifully learned everything from piano to cello, gymnastics to taekwondo, while also mentoring younger girls at her church and doing volunteer work. She never broke rules at school or home.

When it was time to go to college, Cho, born and raised in Texas before moving to Minnesota, studiedpsychology at the University of Illinois at Urbana-Champaign, the college her parents had wanted her to attend, and envisioned herself practicing law one day. While there, she even entered and won the title of Miss Korea Chicago. This gave her a chance to compete in the Miss Korea Pageant in Seoul and explore opportunities abroad. But that’s when her seemingly perfect life started to reveal its cracks. Even though she had just won a beauty pageant and was in talks for a television show in Korea, the work was contingent upon her agreeing to lose weight and “fix” aspects of her face. It was plastic surgery or nothing. She went home with nothing.

“I felt like if I ever wanted to stand in front of a group of young people again and tell them not to be afraid to be yourself, I couldn’t do it if I had cut up my face and changed who I really am,” says Cho. “After that experience, I had a really negative idea of the entertainment industry. I thought it was very superficial.”

That said, she couldn’t shake the fact that she loved performing. With people telling her that she had given up a great opportunity to work in Korea, she felt more and more insecure, both about herself and her future. Not knowing what she wanted to pursue and feeling less convinced she wanted to pursue a career in law, she went on a humanitarian trip to Kenya for a couple months after graduation.

“I spent that time thinking that I wanted to live in Kenya for a few years as a missionary, maybe work with teenagers at the girls’ schools,” says Cho. “Do something that made a difference.

“And then one day, one of the missionaries gave us a talk about joy,” Cho remembers. “He asked what brings me joy, and I said, ‘I love singing, performing and making people laugh.’ And he said, ‘Then do something good with that.’ At first, I didn’t understand, because acting seemed so selfish. But he said, ‘If you’re a great musician, you can write songs that touch people’s hearts. If you’re an actor, you can work on shows that help people take their minds off of their worries or inspire young girls. There are definitely ways you can do something good with it.’”

Though her parents weren’t exactly thrilled with her plan to move to Los Angeles to pursue acting, it at least sounded better than their daughter’s original plan of moving to Africa for a few years where she had to walk an hour each day to get running water.

“Even though I was scared, I needed to take a risk and try something that I might fail at,” says Cho. “In school, I’d always do whatever it took to make anything work. I’d spend 20 hours on a project that others spent 30 minutes on. But entertainment is so out of your control. No matter how hard you try, sometimes it doesn’t work out if you don’t get the right opportunities.”

In her first year in Los Angeles, Cho worked odd jobs, immersing herself in acting classes. Ironically, once she started looking for an agent, it was her long list of skills on the back of her headshot that attracted Cole Harris, who still represents her to this day. It read like an Ivy League applicant’sresume: gymnastics, dance, tap, ballet, martial arts, singing, piano, cello. Though she had no actual acting credits at this point, he was impressed by her versatility. (“I can thank my Asian parents for that,” Cho jokes.)

“I was looking for the full package,” remembers Harris. “She was not only beautiful and a good actor, but she’s a leader and a role model, and I knew if we put in the work, it was going to pay off. The talent was there, but she just hadn’t been given the right opportunity yet.”

“For a while, my parents would lie and tell their friends that I was doing real estate or business in California,” says Cho. “For Korean Americans, it’s weird to tell people that your kid is moving to L.A. to be an actor. It has such a negative connotation, even though it’s not a bad thing.

It wasn’t until they saw her on CSI: NY, her first official gig, that it became more real for them, that maybe their daughter could actually do this for a living. “That was the beginning,” says Cho.

The above was an excerpt of the February 2014 cover story. To purchase a digital copy of the issue for only $2.99, download the KoreAm  app at the Apple App Store. 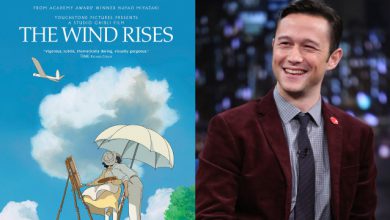 In honor of the upcoming U.S. release of Japanese-based Studio Ghibli’s The Wind Rises, here’s an interview with actor Joseph Gordon-Levitt, who voices the main protagonist, Jiro Horikoshi, in the […]