Everyone was in disbelief when it was announced that the Chinese action movie star, Jackie Chan, was trading stunts for management, starting with K-pop boy band JJCC.

However, Chan seems to have things perfectly under control. “Jackie Chan has always been overflowing with good words about K-Pop – after he saw K-Pop’s unlimited potential and possibility for development, he spent several years grooming JJCC,” reported Chinese media outlet Xinhua. They added that “[JJCC’s] appearance is very handsome, and they’ve received individual training on their personality and stunts.”

Furthermore, Chan has been quite familiar with the Chinese music industry. In America, many of us are only aware of his action movie skills, but the 59-year-old studied at the Peking Opera School and has released more than 25 Canto-pop and Mando-pop albums.

It’s no wonder that audiences have been anticipating the debut of JJCC for months. Now that it’s here, no one seems to be disappointed.

JJCC consists of 4 Korean members SimBa, E.co, EDDY, San-Cheong, and Chinese-Australian Prince Mak who are all in their early twenties. JJCC’s agency has stated, “All of the five members possess skills in rapping, singing, songwriting, and of course, musicality, as well as dancing skills in popping, jazz, b-boying, and ballet for various performances. The group can speak three languages including English, Korean, and Chinese… The five members created a synergy effect with their different colors. We ask that you show a lot of interest and anticipation for the five gems who will represent Asia.”

On March 20, JJCC made its live debut on K-pop music chart program “M COUNTDOWN.” A few days later they released their debut single “At First.” Unfortunately, one of their members, Prince Mak, is not featured in the music video due to an alleged illness during the filming of the video.

Check out their music video and well as their live performance below. 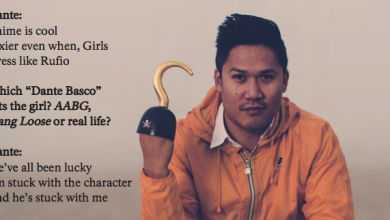 Story by Ada Tseng. Photo by Craig Stubing, unwrittenfilms.com. We’re excited for our latest haiku exchange with Filipino American hottie Dante Basco, not only because we know him from […]