Theater is home for Jenna Ushkowitz, who made her return to Broadway last week in “Waitress: The Musical.”

“The stage is the one place in my life I don’t get nervous, at all,” said Ushkowitz, who made her Broadway debut at age 9 in a production of “King and I,” and who is an original cast member of “Spring Awakening.” She took over the role of Dawn from Kimiko Glenn, who left the show because of commitments to Netflix’s “Orange is the New Black.”

Dawn, a mousy, dorky waitress, lightens the musical – adapted from an indie film featuring songs written by Sara Bareilles, and which follows a group of waitresses working at a small-town diner – with a romantic story involving Ogie, a guy she meets on the internet.

“I love Dawn because we are so similar and we are so different,” Ushkowitz said. Just like Dawn, the actress takes on challenges that she’s a little scared of – for spontaneity and discovery’s sake. That energy is what she takes from performing on stage, and why she keeps going back.

“I love being able to tell a story every single night from beginning to end, and it’s different each time,” she said. “I get a chance to feel something different, to impart some new piece of perspective on somebody in the audience.”

The past two days have been terrible.. Can’t ya tell? .. Not… Magical is an understatement to the joy that I have felt being back on the BroadWAY with the coolest diner folk. Y’all rock my polka dot Dawn socks. Can’t wait for another one tomorrow.

Also known for her six-season run as the initially soft-spoken, but later confident and outspoken Tina Cohen-Chang on FOX’s “Glee,” the Korean American actress weighed in on the recent chatter on Hollywood whitewashing, speaking from her own experience.

“I definitely think there needs to be more of [Asian Americans] in the industry,” Ushkowitz said. “I don’t appreciate when Hollywood is casting white actors in Asian roles – that doesn’t sit well with me. But I grew up understanding that it was going to be hard. I grew up knowing that there were limited roles for me, and it made me into a stronger fighter in this industry and in life, because I always have to fight for what I want.”

She said she never goes into auditions assuming she will not get the role: “It’s like, ‘Let me show you. Let me show you that an Asian girl can do this role, and you would never think for a second that she wouldn’t be able to.”

While films like “Aloha” and “Ghost in the Shell” fired up protests earlier this year, criticism toward whitewashing has risen front and center again with the introduction of Matt Damon as a “white hero” during conflicts during the construction of one of China’s signature landmarks in the Zhang Yimou-directed “The Great Wall.”

“Diversity is becoming a huge issue in Hollywood, and I’m thrilled to see that people are standing up, like Constance Wu – she’s amazing,” Ushkowitz said, in reference to Wu’s buzzed-about social media rant on Damon and the film. “She’s speaking up for what she believes in.” 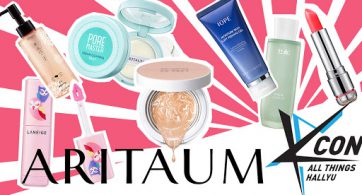