Fremont police said they are treating the death of former U.C. Berkeley golfer Diane Kwon as “suspicious,” according to the San Jose Mercury News. The paper reported that Kwon’s body was found in the rear parking lot of a shopping center, citing police.

About 11 p.m. Monday, Kwon was discovered by a passer-by near her 2003 Honda Accord, behind a building formerly occupied by Barnes & Noble at Fremont Plaza, 3950 Mowry Ave., Detective Bill Veteran said.

Former U.C. Berkeley golf team member Diane Kwon died on Tuesday in her hometown of Fremont, Calif. but authorities said the 21-year-old student’s cause of death was not immediately known.

“We are all stunned and deeply saddened by the loss of Diane,” Cal head coach Nancy McDaniel told GolfWeek.com. “What struck me most about her was her vivacious personality and the friendships that she forged wherever we went.”

The Alameda County Coroner’s Office told KoreAm that the cause of death is under investigation but the case was not being treated as a suicide. A spokeswoman said they are conducting a toxicology test which typically takes two months to process.

Kwon competed for the Cal Bears for two seasons before leaving the team in the latter half of her sophomore year. She remained at Berkeley as a student, according to GolfWeek.

As a teenager, Kwon was a talented golfer who won back-to-back amateur titles at the San Francisco City Golf Championships, according to amateurgolf.com.

Kwon’s former teammate and roommate Emily Childs called her a “great friend,” according to GolfWeek.

“Her love for life was infectious, and everyone who knew her could attest to that,” Childs said. “She was not only tons of fun, but Diane was also a compassionate and loyal person. I consider myself lucky to have been one of her close friends and roommates while in college.

“A couple things you may not know about Diane was that she was a really good dancer and she put ketchup on everything. I only wish everyone could have experienced the joy she gave to me. Diane will be very much missed on and off the golf course.”

Kwon is pictured here with her father, John, who also served as her caddie at the SF City Championships. 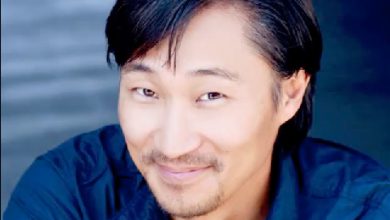 Korean American actor Keong Sim has been tapped to play the father of ‘Glee’ character Mike Chang, according to Entertainment Weekly. The Chicago native is set to appear alongside […]