Austin-based “bedroom pop project” fuvk are engineers by day and musicians by night.

Although they’re now an ensemble of three, fuvk initially began as the “personal journal” of singer-songwriter Shirley Zhu, who worked anonymously and shied away from the spotlight until March of this year. Her pseudonym comes from a friend’s typo in a text. The typo grew into an inside joke, then a Bandcamp URL and, now, a band name. Despite her anonymity, Zhu garnered an online following of loyal listeners who seemed to be even more intrigued by her music because of her mysterious nature. Eventually, Zhu got some friends in on her solo project: Jiyoung Min plays violin and Kevin Javier is on cello. They’re all University of Texas alumni who graduated with STEM degrees and are looking to do something out of the confines of their regular nine to fives.

On June 18, the group debuted their first music video “dec 17” on Angry Asian Man. It was directed by fellow Texan and award-winning filmmaker Huay-Bing Law, who stumbled on the group in a Spotify playlist. There wasn’t a budget for the film, so the group had to get creative with how they would execute it.

“We didn’t really have any money, so we brainstormed some ideas on how we could do it minimalistically,” Law said in a press release. “One location, small crew, and in as little time as possible. So, we just got some friends together, found a big, open parking lot and just spent a couple hours one afternoon rehearsing and filming. Pretty quick, simple and fun.”

The video features Zhu playing her guitar against a melancholy, blue sky in an empty stadium parking lot. As the camera pans around her, her bandmates are slowly revealed. It’s an intimate music video that reflects the emotional nature of “dec. 17.”

“The track was inspired mostly by the delicate nature of the relationship I was in at the time,” said Zhu in a press release. “It held a lot of firsts for me and was therefore very emotionally intense. The verses talk a lot about physical qualities, the feeling of being enamored with someone. The chorus reflects more of the actual situation, being impulsive and careless with words and actions lending to an on/off kind of thing.”

You can listen to “dec 17” on YouTube, Spotify, Soundcloud and iTunes. 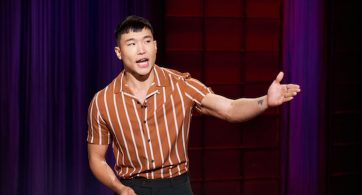