To anyone else, a 9:30 a.m. to 7:30 p.m. workday at the office might be a full load. But Frances Chung, a principal dancer with the San Francisco Ballet, didn’t spend the day in an office. This morning she came into the studio early to change, then spent an hour and a half warming up and working on her technique. The rest of the day was spent in grueling rehearsals with her company in preparation for their tour to New York next week. Any other person would be passed out in bed by now. But Chung’s cheerful voice gives away nothing over the phone.

“It’s been a long day,” she says casually.

A rigorous schedule is nothing new to Chung. Born in Vancouver to Chinese parents, Chung and her older sister were enrolled in piano and ballet classes at their local community center at the age of 5 “because, you know, our parents are the typical Asian parents,” she says. While her sister preferred the piano, Chung excelled in ballet. At 16, while competing in Switzerland, she won a scholarship that would allow her to spend the summer dancing in Boston. There, her talent was undeniable. She was immediately offered a full-time position as a ballerina with the Boston Ballet, but she turned it down so that she could finish high school.

During her senior year, Chung auditioned for 10 different ballet companies across the United States before she got the acceptance call from the San Francisco Ballet. She graduated high school and, at 17, left home for the first time. She’s been with the company for the last 12 years.

“I’m now going into my 13th season,” she says slowly, as if digesting the news. She knows it’s been a long time. “I’m definitely a West Coast girl. I don’t plan on going anywhere, anytime soon.”

And how could she? After joining in 2001, Chung danced for four years before being promoted to soloist in 2005, then another four years until she achieved her dream of becoming a principal dancer in 2009. She’s danced a variety of roles over the years, including the Sugar Plum Fairy in Nutcracker, the Enchanted Princess in The Sleeping Beauty and the Queen of the Dryads in Don Quixote, the latter of which she had wanted to play since she was a young girl. She also recently played the title role of Cinderella, something she describes as being “every girl’s dream.”

“I’m at the peak of my career now; I just turned 30,” says Chung. “I don’t know when I will stop. I’m just going to go until my body can’t handle it anymore.”

Chung’s job isn’t one for the weak of heart, mind or body. San Francisco Ballet dancers work 42 weeks of the year, and then many, like Chung, use the little time they have off to dance in side projects. One of her favorite “vacations” has been traveling to Germany with some of her fellow dancers, which has inspired her to one day form her own project and bring dancers to perform in her hometown of Vancouver.

Another inevitable side effect of dancing? Injuries both physical and mental. Chung has sprained both of her ankles many times and has suffered from knee, hip and back pains. Sometimes she struggles with self-esteem, and has to remind herself that her identity is not based on who she is as a dancer. She has her bad days.

But every bad day is worth the many more good days she has performing with the San Francisco Ballet. She enjoys the freedom dancing brings her, and because the same ballets have been danced many times by hundreds of other dancers, Chung also enjoys the challenge of adding her own style to make the role her own.

But more than anything, she values the opportunities she’s had to meet people. “When I think back – wait, that makes me sound old,” she laughs. “All of my favorite memories are the ones I’ve shared with people. I love working with other dancers, and dancing with different choreographers is a new experience every time.”

Chung knows she’s not going to be dancing forever. She will age, and eventually she’ll be too tired to perform the same movements with ease. Where will she be in 10, 15, 20 years from now?

“Hopefully I will have graduated college, at least,” she jokes.

But for now, Chung is exactly where she wants to be. She’s not a planner. She takes her life day by day, waking up early and perfecting her pointe work and pirouettes until the sun sets. When she’s not dancing, she likes to cook and read up on home design and may even catch up on some movies. And what does she watch to unwind? “Flashdance,” she says. “What can I say?” 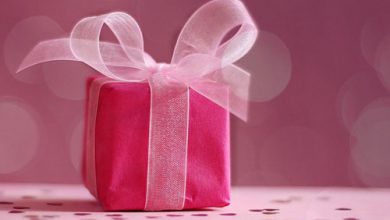 So you have to buy a Christmas gift for someone who loves make up, but you don’t know a thing about a make up. This can get a bit […]