By any measure, the events were a raging success: New York’s Circle nightclub reached its 1,000-person capacity while the National Center for the Preservation of Democracy, a non-profit center across from the Japanese American National Museum in LA, saw lines to enter forming well ahead of a 7:45 pm doors-open time.

“This was supposed to be a quiet, casual community gathering,” Jeff Yang, the writer and culture critic and also the father of Hudson Yang, the young actor who plays the central protagonist Eddie Huang on the show, told Vulture’s E. Alex Jung of the New York event.

Appearing in person at Circle was Huang himself, the writer and restaurateur whose memoir of growing up in Orlando, Fla. after his family moves there from Washington, D.C., the show is adapted–plus members of the cast. Anname Phann, a New Yorker who waited an hour to get into the venue, said she “ran right for the stage to sit on the edge, not realizing I’d have the best position for listening to the panel presentation.”

“Eddie was incredibly articulate and funny,” Phann told me by email, referring to the talk-back portion of the night. As for the show itself, she said, “It was so fun to watch with a big group of people, hear from some of the actors, and support a big moment in television for APAs.”

And the sheer turnout at these venues only began to skim the surface of the outpouring of enthusiasm expressed on the likes of social media for the first network sitcom in 20 years to feature an Asian American family. On Twitter, #FreshOffTheBoat was a trending hashtag in New York for four hours, with a similarly strong showing in LA, reported NBC News.

As for the ratings, nearly 8 million viewers tuned into the 8:30 pm pilot, while 7.6 million tuned into the second episode that aired an hour later, according to Nielsen ratings. Those live numbers, by the way, don’t account for all the people who may have DVR’d or recorded the show to watch later.

“‘Boat’ may have actually fared better on Wednesday, but the premiere likely caught some viewers by surprise,” Variety wrote on Thursday. “ABC for weeks had been promoting the show’s ‘series premiere’ as February 10, so any viewers who tune in on that date for the first time will have missed the key pilot episode that aired last night.”

The sitcom, which is narrated in voice-over by Eddie Huang, follows the life of a young Eddie as his family makes the move to a white neighborhood in Orlando where Eddie’s father (played by Randall Park, KoreAm’s December/January issue cover profile), has decided to run a steakhouse called “The Cattleman’s Ranch.”

Not since Margaret Cho’s “All American Girl” debuted 20 years ago has a show about an Asian American family hit network airwaves.

At LA’s watch party, which was hosted by Phil Yu, creator of the Angry Asian Man blog, and writer and stand-up comedian Jenny Yang, the airing of the episodes on a giant projector screen was as much a highlight as were the discussion and comments expressed in between episodes and afterwards, as Yang ran up and down the aisles with a microphone.

“This is f***ing huge,” said one audience member. “We’re watching a sitcom that’s not making Asians out to be ‘the others.’ ”

Another audience member gushed, “As a Taiwanese American, I couldn’t be more proud of the show.”

And high up in the seats, a young man in a black sweatshirt took the microphone and, bellowing just a little at first, remarked on the sea of billboards plastered around LA promoting Fresh Off the Boat – prominently featuring the Asian American faces of Randall Park and co-star, Constance Wu, and how powerful a symbol that has served.

As for her reaction to the show and the moment, Yang, now sitting back down at the front of the theater alongside her fellow panelists, smiled. “I love all of it,” she told the crowd. “I almost feel like some black people did when Obama got elected.”

Yes, although we’re talking about a sitcom here, there are parallels: in many ways, Wednesday night’s premiere felt like a triumph, and historic. But as Phil Yu, who disclosed to the crowd that he’s seen future episodes yet to air, said, “I don’t think people should watch it just because it’s a bunch of Asian people on screen…I can attest, it does really go to interesting places.”

Also discussed at LA’s watch party was that nervous feeling of hope that the first show to feature an Asian American ensemble case in two decades will succeed. There is “representational anxiety,” joked the panelists, coining the abbreviated phrase, “rep sweats” to capture this feeling.

“You’re so invisible and any time you see yourself on television, you hold your breath, because you hope it’s not something that can be used against me,” Yang joked. As her co-panelist, Jen Wang of Disgrasian, remarked, identifying with a character on TV growing up meant, for her, the character of Winnie Cooper from The Wonder Years, who was a little nerdy and “had bangs.”

“Everyone has this drive to see themselves at the center of the narrative,” Wang said.

Asked by an audience member why a 20-year stretch must separate the appearance of an Asian American family on network television, Oliver Wang, an associate professor of sociology at California State University, joked, “White supremacy.”

“They’re afraid to take a chance,” chimed in co-panelist Milton Liu, of Visual Communications. “Yes, we shouldn’t put all our hopes and pressure on this show but seeing this crowd here and in New York, I wouldn’t say it’s intentional racism, it’s fear.”

Fresh Off the Boat returns to the airwaves next Tuesday, Feb. 10, at its regular time slot of 8 p.m. But the discussion, reaction and reflection on an historic moment for Asian Americans and in Hollywood pop culture will continue well beyond that, no doubt. 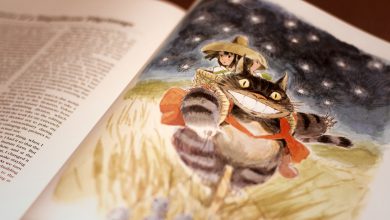