“Their mothers have to bring them here on bicycles,” said duty doctor Jang Kum Son in the Yellow Sea port city of Haeju. “We used to have an ambulance but it’s completely broken down. One mother travelled 72 kilometers (45 miles). By the time they get here, it’s often too late.”

It’s also getting late for North Korea to get the massive amount of food aid it claims to need before the harsh winter sets in. The country’s dysfunctional food-distribution system, rising global commodities prices and sanctions imposed over Pyongyang’s nuclear and missile programs had contributed to what appears to be a hunger crisis in the North, even before devastating summer floods and typhoons compounded the emergency.

Restaurateur Dan Kang runs the Seoul City Mongolian Grill, which trains North Korean defectors in the restaurant industry. The long-term goal: Return them to the north after Korea reunifies.

He runs a little music shop in Garden Grove, where he sells an odd instrument with 37 strings. It looks like a zither, which is to say it resembles nothing you’ve ever seen. Or maybe something your grandmother strummed last century.

But when Choi hugs it to his chest and plays?

He’s on a mission to win the Super Bowl of autoharp – the Mountain Laurel Autoharp Championship, in Pennsylvania.

“One time, my daughter asked, ‘Why don’t you go to the movies? Or talk with friends? Or travel? Why are you always playing autoharp?’ I told her. ‘I’m going to be champion.’ “

Probably the most famous pioneer of the hip food truck movement is Roy Choi, whose Kogi BBQ operation has gotten international attention. But back when he and his partners started rolling in 2008, the prospect of starting a restaurant seemed like a distant dream.

“We had $1,500, no job, a career of self-doubt, and no one watching or caring what we did,” Choi said. “There is no way we could have gone a traditional route with all the bells and whistles.”

Choi has helped open two restaurants: A-Frame in Culver City and Chego in the Palms neighborhood of Los Angeles.

A neon-lit strip of 32nd Street dotted with karaoke bars and greasy, all-night restaurants is, incongruously, one of the priciest retail strips in the city.

Now fierce demand for locations in the core of Manhattan’s Koreatown—on 32nd Street between Broadway and Fifth Avenue—has prompted restaurants to breach the boundary of Fifth Avenue for the first time in decades in search of more affordable space.

Several Korean restaurants have opened on Fifth Avenue in recent months, with another, Dong Chun Hong, set to open by the end of November.

A senior American diplomat apologized on Friday in connection with the rape of an 18-year-old South Korean woman for which an American serviceman has been accused, and the United States military imposed a monthlong late-night curfew on its troops in South Korea.

The apology by Kurt M. Campbell, the assistant secretary of state for East Asian and Pacific affairs, and the curfew reflected Washington’s sensitivity over crimes involving American soldiers, which have set off protests here.

Terrmel Sledge, on April 6th, 2004, made his debut with the Montreal Expos in 2004, their last regular season in Montreal before moving to Washington in 2005. He hit the first Home Run in Washington National’s history. He was later traded to the Texas Rangers in December 2005, and then dealt to the San Diego Padres in 2006. Following the 2007 season, he signed with the Hokkaido Nippon Ham Fighters in Japan, playing there until 2010 when he signed with the Yokohoma Baystars.

“The defense has carried us for many years now,” Ward told the Pittsburgh Post-Gazette. “And now they’re going through this situation. We need to be there for our teammates and this organization. … We have to go out and make more plays. … We have a lot of guys who are (ticked) off right now.”

Singer/songwriter/music producer David Choi is about to release his third album “Forever & Ever”. In a few short years, David has amassed over 1 million subscribers online, completed a worldwide sold out tour, won prestigious competitions, received over 100 million views online and released 2 albums. Most artists would consider a list of those accolades the end of a great career, but David’s true testament to his musical future has yet to be revealed. In his third album, David Choi will push past the normal pop music sound and delve deeper into a sound that David has spent years crafting. In a soulful lyrically challenging style, he will enthrall you on a 12 track journey into the release of his 3rd self produced album, Forever And Ever. After completing 2 previous albums, David’s sound has been tempered and tailored so that his 3rd album is potentially his most diverse and creative to date. 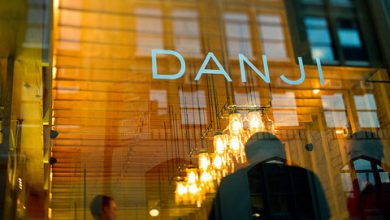