The Man With the Golden Shoes (Photo)
WSJ

Young Jun wears a vintage leopard jacket over Givenchy’s snarling Rottweiler t-shirt. New Yorkers seem particularly fond of the image’s “step back” message; Rottweiler tees are prowling the streets. Both Young Jun’s baggy pants and his golden wingtip shoes are by Comme des Garçons. The bag slung over his shoulder is made by the Korean design duo, Steve J & Yoni P.

The meeting was recently held in the new Pyongyang University of Science and Technology (PUST). What I came to learn was that the very existence of this institution represents nothing short of a miracle and a unique opportunity for change.

The brainchild of James Kim, a Korean-American businessman who survived imprisonment and a death sentence in Pyongyang in 1998, the university is a place where hundreds of North Korean students are receiving a first-class education taught in English by a multinational, primarily Western faculty. The students who live and study here are among their nation’s brightest and best, and most importantly, represent the leaders of tomorrow.

In South Korea, Plastic Surgery Comes Out of the Closet
New York Times

Cosmetic surgery has long been widespread in South Korea. But until recently, it was something to keep quiet about. No longer.

And as society has become more open about the practice, surgeries have become increasingly extreme. Double-jaw surgery — which was originally developed to repair facial deformities, and involves cutting and rearranging the upper and lower jaws — has become a favorite procedure for South Korean women who are no longer satisfied with mere nose jobs or with paring down cheekbones to achieve a smoother facial line.

Nothing has changed. After being waylaid by the lame Harold & Kumar Escape from Guantanamo Bay in 2008, Harold and Kumar, looking well past 30 — the actors always played much younger than they were — return for another nocturnal ramble that will increasingly move into surreal fantasy. But the situation, for all the 3D claptrap, remains essentially the same: Two reasonably authentic characters tumble into a Wonderland of sheer nonsense.

To Anyone: The Rise of Korean Wave
Pitchfork

South Korean pop culture (often referred to as “Hallyu”, which means “Korean Wave”) is a fresh-faced phenomenon. The record companies that currently dominate the country’s music industry date back only to 1995, which means that K-Pop, as a genre and a business, is probably younger than you are. It certainly sounds young– even if you ignore the fact that most K-Pop groups are made up of teenagers, there’s a wild, enthusiastic spirit evident in the way their producers gobble up and spit out sounds like Britney/Gaga Eurotrance, Auto-Tune, rapid-fire rap, swooning Final Fantasy strings, breakbeats, and industrial-strength synths. This music can be flat, derivative, and sometimes really, really annoying. It can also deliver the kind of senses-shattering, hands-in-the-air euphoria that’s a defining marker of great pop.

Blunted in the Walk-In: Eddie and Prodigy Eat Korean at Jung Sik
Complex

Jung Sik wants to be the “first high-end, thoroughly modern Korean restaurant in New York.” If “modern” means a Korean Francophile’s expensive and long-winded tasting menu, then they’re undoubtedly modern in every sense of the word. But if modern means something more like Roy Choi, who serves a modern, personal, Korean-American story through $2 tacos, then NY is still waiting for its first thoroughly modern Korean restaurant or, better yet, a Kogi Truck on dub-deuces. Cause if I had a food truck, it’d be sittin’ on 22-inch Daytons with Uncle Murda yelling “Ohhh, I’m gettin’ paper.”

On September 30, 2011, an outfit named GumshoePictures uploaded on YouTube a video entitled “The True Origins of Pizza,” which, in the format of a brief documentary (3:44), reminiscent of those seen on such stations as the Discovery Channel, investigates an apparent historical puzzle: a series of speakers, from academics to a blogger and a representative of the “Korean Culinary Center,” are interviewed and advance evidence that pizza originated in Korea and had been “stolen” by Marco Polo, much as he had reputedly brought back noodles from China to Italy as spaghetti.

The co-star of Harold & Kumar comes clean about his addiction to Angry Birds and his epiphany after reading The New York Times in print.
AdWeek

Give us the skinny on your favorite app.
My favorite app right now is Angry Birds. It’s like a disease. And Netflix, although it’s weird in terms of what’s available lately. I think iBooks is insanely convenient.

What’s your biggest digital indulgence?
An iPad is not particularly necessary, but I got one. But it hasn’t taken over my life.

Look how far South Korea has come
The Globe and Mail

The Kia Optima may be the winning car of this group, but overall at this year’s TestFest, the South Korean currency was the big winner. Every category in which a South Korean product was entered, a South Korean car scored a victory, with one exception: the Hyundai Genesis R-Spec, which was optimistically entered into the Performance Above $50,000 group of track stars, instead of the Luxury car group, where it more naturally fit.

An Ellicott City barber is facing charges that he sexually abused a 13-year-old boy.

The victim was a client of the Scissors Sound Hair Salon in Ellicott City.

“The new ambassador, Sung Kim, is expected to go to Seoul around Nov. 10 and he will immediately present credentials (to President Lee Myung-bak) to begin his work,” the source said, requesting anonymity since the State Department has yet to announce a related schedule.

Kim, a career diplomat with expertise on the North Korean nuclear issue, will become the first Korean-born U.S. ambassador to Korea since the two sides forged diplomatic relations 129 years ago.

North Korea’s ailing leader Kim Jong-il has long been known to have a taste for the finer things in life – from Uzbek Caviar to fine French Cognac – but a new list of luxury imports now also reveals a penchant for Chinese dolphins, French poodles, and African aphrodisiacs. 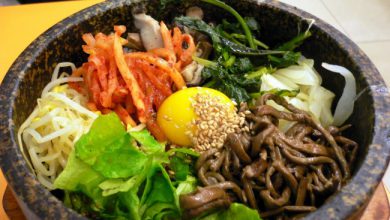 Grading This Week’s Top Ten K-Pop Songs Grantland David Cho of sports/pop culture blog Grantland breaks down the latest in K-pop in an amusing chat format. David: Before we […]