​It’s winter in the Southern Hemisphere, but on Australia’s Gold Coast, it’s sunny and 75 (well, 23 Celsius). And actor Desmond Chiam is swimming in open water, in a bay almost 30 feet deep, shooting a scene for the new ABC crime drama “Reef Break.” It might sound dreamy to paddle the turquoise waves of the Pacific for work, but Chiam tells a different story.

“I am deathly afraid of water,” Chiam says, with a gravelly, self-deprecating laugh. “It’s a completely irrational fear. Even in pools, if I’m in the deep end, my heart rate starts to go up.” He explains that, before filming that particular scene, he sought reassurance from a few ex-army extras on set, only to be told that they themselves would never go out in that water. “But we did it, and I’m still here,” Chiam says.

It’s not his first time in the deep end. Chiam, who grew up in Melbourne, is best known today for playing the sinister General Riga on MTV’s “Shannara Chronicles,” the first of his recurring television roles. But long before all of the casting calls and auditions, Chiam competed as a swimmer for 14 years, encouraged by his well-meaning parents who thought it’d help his fear (it didn’t). By the time he realized the sport wasn’t for him, he was on another path that ultimately wouldn’t work out, headed toward the white collar world as a lawyer.

“I grew up in the typical Asian family,” says Chiam, who’s Singaporean-Chinese. “It was sports and study for as long as I could remember. I had no idea creative jobs existed. I thought that photography or writing or acting were all just hobbies that you didn’t get paid for.” He eventually learned how the other half lives during an exchange program that brought him to the University of California, Irvine, where he met the woman who would become his wife, took up breakdancing and joined a dance crew. For the first time, Chiam met students who wanted to be directors or actors. But back in Australia, with only a year left of law school, he decided to stick it out and ended up working at a law firm—until one fateful conversation.

“I went out for lunch with the partner of my firm, but it turned out that the guy just needed a full therapy session,” Chiam says. “He said something like, ‘I sit at the office waiting for my shift to end, then I’m at home waiting to have dinner, then I’m waiting to go to sleep, I’m waiting to wake up, and in the end, I’m just waiting to die.’ Which he said to a new-hire of four months, and at that point I was like, ‘Yeah … I’ve got to go.’”

Fortunately for the TV-watching world, Chiam went back to the office and put in his notice (as did the law firm partner, whom Chiam says is “much happier now”). He then booked a couple of minor roles on Australian TV, but quickly learned that there wasn’t much space for an Asian actor. He landed a guest role on the sitcom “Neighbours,” but because Remy Hii already had his own recurring part, the show’s casting director told Chiam: “We can’t have two.” Just like the lunch that ended his law days, Chiam realized it was time to leave. “I knew that if I stayed, there would be a drought,” Chiam says. “So, I packed up and left.”

Nowadays, Chiam can’t seem to get a moment’s rest. He’s been juggling roles on Disney’s “Magic Camp,” Syfy’s forthcoming “We Were Tomorrow” and, of course, “Reef Break.” As dashing detective Wyatt Cole of the fictional Reef Island, Chiam has spent much of his past few months logging 15-hour filming days, riding speedboats and helicopters in Queensland. But according to Chiam, he doesn’t mind his hectic schedule. “I spend a lot of my year fighting and battling and doing these auditions, and putting myself through the ringer to get onto a set,” Chiam says. “Then once I’m on a set, I’m not going to fight to spend more time off-set, you know? This is what I wanted.”

It might have taken him a few wrong turns to get here, but it’s clear that, finally, Chiam is exactly where he’s meant to be. And he doesn’t hold it against his parents for pushing him into law, or his ill-fated swimming career. “The lesson with those is that you can still excel, to a large degree, at some pretty wrong things,” Chiam says. “So, when you do find the thing that you’re right at, the possibilities are pretty endless, for anyone.” Whether it’s to the sunny waters of the Pacific or the hills of Hollywood, we can’t wait to see where those possibilities take Chiam next. 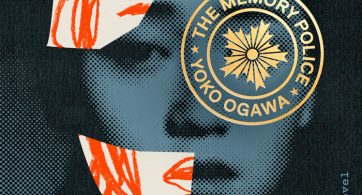 The words “contemporary Japanese literature” and “Haruki Murakami” are hopelessly intertwined. And it might have something to do with the fact that his oeuvre has been translated into 50 […]