Despite the bleak economic climate, the Korean American Community Foundation plans to award $420,000 to more than a dozen nonprofits – this year alone. How does the mostly volunteer-run organization do it?

You might call Ambassador Wonil Cho a well-intentioned stalker. As early as 1990, the New York-based Korean consul general started keeping tabs on a bunch of successful Korean Americans in New York who were making strides in law, journalism, business and medicine. Then one day in 2002, he invited the two dozen people he had been tracking to his home for dinner.

After the group got comfortable, Cho issued this challenge: Think about what you can do to give back to your community.

The Korean American Community Foundation was born. It’s a nice origin story, and not untypical. Many nonprofits start off as small groups breaking bread, only to transform into larger groups that later wield significant power.

Yet KACF isn’t your typical nonprofit organization. It doesn’t deliver social services nor directly administer programs. Instead, it exists to keep the organizations that do provide such services with one universally vital resource: money.

“We didn’t want to start another service organization, but rather, become a fundraiser for the community,” says Kyung B. Yoon, a former broadcast journalist and now KACF’s executive director. “There was a need to build around collective philanthropy, giving in a way that wasn’t random and individual, but in a way that was collective and strategic.”

Though trained in journalism, Yoon is no stranger to the financial woes of the nonprofit world. “I understood the issues,” says Yoon, who used to volunteer at the New York Asian Women’s Center, a shelter for survivors of domestic violence. “The hardest part is securing funding.”

Yoon also felt Korean Americans lacked a collective voice and sense of community awareness. As one of the few Asian American television journalists at the time, Yoon, who worked for Fox Channel 5 News, was often sent to cover ethnic-specific issues, including the boycotting of Korean liquor storeowners during the aftermath of the 1992 Los Angeles riots.

“The Korean community didn’t have a voice,” says Yoon. “Fast forward to 2002, when I was part of starting KACF. Certainly, one of the things we were most interested in wasn’t just about raising money for Korean Americans, but helping Korean Americans build relationships and forge connections with other ethnic communities.”

Another goal for the founding members: to build a culture of philanthropy and charity.

“There’s definitely a lack of awareness, especially among the younger professional crowd,” said Tony W. Lee, president of KACF. “But when one becomes aware that not everyone is a young working professional and that there are pockets of the Korean American community that are underprivileged…that just taps into the emotions. You want to give back in some way.”

KACF, which now boasts over 30 core members and over 50 general volunteers, in addition to 21 board members, has provided more than $1.5 million to 20-plus organizations since its inception. The Manhattan-based organization, though run by a small staff, works with a strong core group that oversees grant applications, organizes fundraisers and promotes the issues that the beneficiaries advocate for. And while KACF does require that applicants fall under at least one of five categories—economic security, health, safety, senior empowerment or youth empowerment—the organization ensures that nearly every issue in the Korean American community gets pushed out into the light.

Here’s how it works: Every December, nonprofits that work with the Korean American community can submit applications to KACF until February. KACF’s Community Grants Committee (CGC), which is in charge of the grantmaking process, takes approximately four months to review applications. The CGC is composed of up to 30 volunteers. After accepting applications, members from the committee will visit the applicants, which include organizations that build affordable housing or provide sexually trafficked women with long-term care. Once decisions are made, the CGC decides how to disperse money raised through fundraisers, donors and the KACF gala. KACF granted $258,000 to 14 groups in 2009, $348,000 to 19 groups in 2010,  and plans to award $420,000 in 2011.

“It’s difficult because there are so many worthy agencies,” said Dr. Steven Yang, chair of the Community Grants Committee. “Frankly, it’s exceedingly difficult, especially since we don’t have the funds to support all these great organizations.”

The organizations run the gamut—from the more established YWCA of Queens to smaller nonprofits, such as Korean American Family Service Center (KAFSC), which has received grants for the past five years. KACF’s support has allowed the center to help clients such as Ms. Pang, a Chinese-Korean immigrant, rebuild her life after suffering from constant spousal abuse. In 2009, Pang called the KAFSC domestic violence hotline, and after receiving counseling, English-language classes and job training, was able to start a small business. Today, she is a strong and vocal advocate against domestic violence.

As government money is generally reserved for service-oriented nonprofits, KACF must pull its donations from less traditional sources, and as a result, the funds raised come almost entirely from the community it aims to serve. One program geared toward community giving is “Dollar a Day for our Neighbors,” a campaign designed to acquire a large group of funders that donate a dollar a day—or $365 a year—to KACF. Yet KACF now receives the majority of its funds from its annual gala, which invites more than 1,000 guests and raises more than a million dollars per year.

The gala, which began in 2006, has grown from a smaller affair to a full-blown, elegant black-tie soirée, with a guest list that’s included Dartmouth President Jim Yong Kim, SuChin Pak of MTV, Yul Kwon of Survivor fame, and actor Daniel Dae Kim.

“But the event is not only for fundraising purposes,” says Yang, who is a co-chair for the 2011 gala, slated for October. “We highlight the work that’s being done in the community. We showcase our grantee partners and their work, so the guests get a clear understanding of how KACF impacts our community.”

At the 2010 gala, a woman named Mrs. Shin spoke about her son, a man in his 20s who has cerebral palsy. Milal Mission in New York, one of KACF’s grantee partners, works with people with disabilities and their families, and therefore, plays a pivotal role in Shin’s life. During her speech, Shin spoke about the challenges of raising her son, being a working mother, and the stigma against the disabled. Yet Milal welcomed her and her son with open arms.

“What I loved most of all is when she said, ‘That’s why I’m now a ‘Dollar a Day’ donor,” says Yoon. “For me, it brought everything full circle. Recipients and donors are not separate or apart; it’s a circle of support and strength. And someone who was a recipient today could be a donor tomorrow.”

The idea of coming around “full circle” applies even to the founding president of KACF and current board member Sonny Whang, who admitted to passing on the offer of becoming president several times—before finally accepting the post.

“My mother ended up with Alzheimer’s dementia, and was in a nursing home for the last few years of her life,” says Whang. “The process of running KACF for the first few years as president was not easy, but when I saw the impact that nursing homes and people who treat Alzheimer and dementia patients has on the community, that made me appreciate what we do. Not all of us can be nurses and doctors and community workers, but all of us can help those who are helping others.”

Restore NYC provides services for survivors of international sex-trafficking and abuse, and aims to empower women by providing advocacy, counseling and employment services. It is the organization behind New York City’s first long-term safe house for foreign-born survivors of sex trafficking, which KACF’s $12,000 grant helps to fund.

The Hamilton Madison House, which was founded in 1898, is a settlement house that provides services and programs in various areas, including youth development and multi-lingual behavioral health. KACF’s $18,000 grant supports programs that offer social services to the Korean community, including citizenship classes and wellness activities. 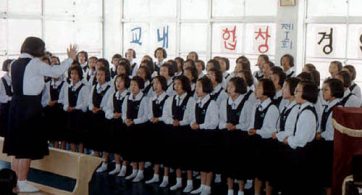 We all know how obsessed South Koreans (and Korean Americans) are with hagwons, or tutoring schools. We’re willing to bet that at least a quarter of you guys attended […]